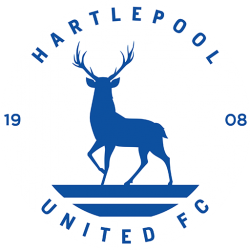 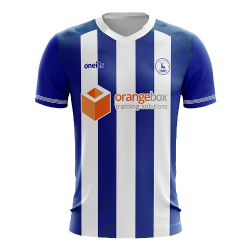 Hartlepool United Football Club is an association football club based in Hartlepool, England. The club plays in League Two, the fourth tier in the English football league system, since being relegated in the 2012–13 season. Hartlepool play their home games at Victoria Park, which is situated on the town's Clarence Road. The club was founded in 1908 as Hartlepools United Football Athletic Company. Until 2007 their main local rivals were Darlington F.C., but that club entered into administration in 2012, and the local rival is now considered to be York City F.C..

Hartlepool is known for its association with Brian Clough who began his managerial career at the club in 1965 and is widely considered to be one of the greatest English football managers of all time. Under Cyril Knowles' management the club won promotion to the Third Division in 1990. Hartlepool's greatest moment occurred in 2005 when they narrowly missed promotion to The Championship.

The club has received media attention in recent years when the team mascot "H'Angus the Monkey" was elected mayor during the 2002 Hartlepool Council election. The club receives vocal support from Jeff Stelling, the presenter of Sky Sports' Soccer Saturday. Victoria Park is a 7,856 capacity football ground in Hartlepool, County Durham, England and it is the home of Football League Two club Hartlepool United.