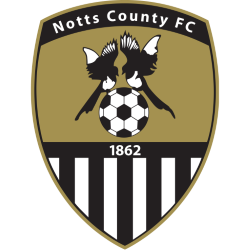 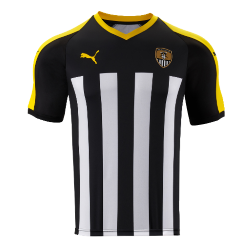 Notts County Football Club is a professional association football club based in Nottingham, England. They were relegated from League Two after finishing 23rd of 24 teams in the 2018-19 season and will participate in the National League, the fifth tier of the English football league system, for the 2019–20 season.
Notts County Football Club (often known as Notts or County or by their nickname The Magpies) is a professional football club based in Nottingham, England. Formed on 28 November 1862, Notts County are the oldest football team in the world to currently play at a professional level. Between 1888–89 and 2013–14 they played a total of 4,756 Football League matches – more than any other English team.
County play their home games at Meadow Lane in black and white striped shirts.

The club has had several spells in the top division of English football, most recently in 1991–92, when County played in the old First Division. Notable former managers of Notts County include Jimmy Sirrel, Howard Wilkinson, Neil Warnock, Howard Kendall and Sam Allardyce. The club has had several owners. In the 21st century, a series of financial problems has seen the club owned by a Supporters' trust, who sold the club to Munto Finance – a subsidiary of Qadbak Investments. Further monetary difficulties saw the club sold, for a nominal fee, to Peter Trembling, who then sold the club to Ray Trew for £1 after the club had been served with two winding up petitions from HM Revenue and Customs due to demands for a late PAYE payment of around £500,000. The Meadow Lane Stadium (usually known simply as Meadow Lane) is a football stadium in Nottingham, England. It is the home ground of Notts County, who have played there since 1910. The stadium is also home to Notts County Ladies F.C. since 2014.

Meadow Lane lies just three hundred yards (275 metres) away from the City Ground, home of Nottingham Forest. The two grounds are the closest in England and the second closest in the United Kingdom after the grounds of Dundee and Dundee United. The Trent End of the City Ground is visible from parts of the Jimmy Sirrel stand and the Spion Kop.

The stadium also hosts the men's and women's football in the Varsity Series – a sporting series contested by Nottingham Trent University and the University of Nottingham. 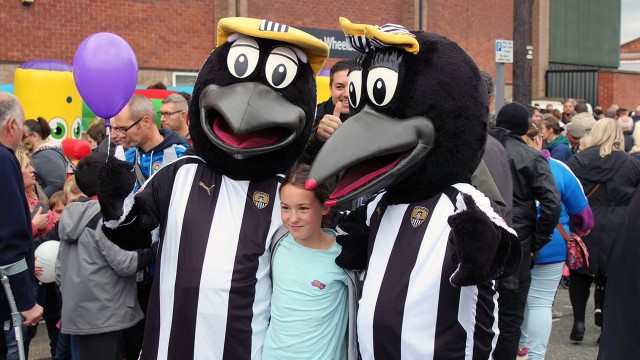