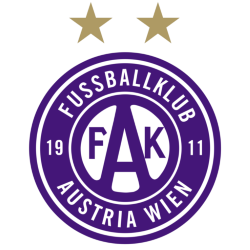 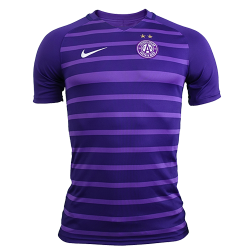 Fußballklub Austria Wien (German pronunciation: ; known in English as Austria Vienna, and usually shortened to Austria in German-speaking countries), is an Austrian association football club from the capital city of Vienna. It has won the most national titles of any Austrian club from the top flight. It has won 24 Austrian Bundesliga titles and is one of only two sides that have never been relegated from the Austrian top flight. With 27 victories in the Austrian Cup and six in the Austrian Supercup, Austria Wien is also the most successful club in each of those tournaments. The club reached the UEFA Cup Winners' Cup final in 1978, and the semi-finals of the European Cup the season after. The club plays at the Franz Horr Stadium, known as the Generali Arena since a 2010 naming rights deal with an Italian insurance company.

The Generali Arena (Viola Park for international matches) is a football stadium in the south of Vienna, Austria. It has been the home ground of FK Austria Wien since 1973. The stadium was built in 1925 as the new home of Czech immigrants' club SK Slovan Vienna and had a capacity of 10,850. Named after another Czech football club which owned the ground, the stadium was called České srdce ("Czech heart") ground. Largely destroyed during World War II, each of the four stands has been reconstructed several times since. The stadium was renamed Franz-Horr-Stadion in honour of the Wiener Fußball-Verband's (Vienna Football Association) president Franz Horr who died in 1974.

The latest renovation was the complete reconstruction of the East Stand in 2008. It is now a transformable standing/seating two-tier stand. After these modifications, the stadium's maximum capacity is now 17,656.

In January 2011, the stadium was renamed Generali Arena, as part of a sponsorship deal between FK Austria Wien and the insurance group Generali. Since UEFA does not recognize sponsored stadium names, the venue is referred to as Viola Park in European competitions, including in their upcoming stage of 2020 UEFA Women's Champions League Final.