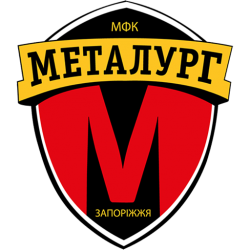 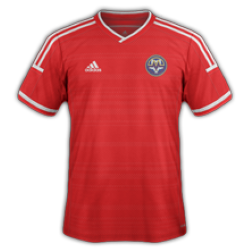 MFC Metalurh Zaporizhya (Ukrainian: Футбо́льний клуб «Металу́рг» Запорі́жжя) is a Ukrainian professional football club based in Zaporizhya. The club also holds several historical records of the Soviet football, particularly while participating in the Soviet second tier (in 1971–1991 known as Pervaya Liga). The club has the highest number of seasons spent in the Soviet second tier as well as the highest number of tournament points it earned. The club also is a three-times champion of Ukrainian republican competitions.

Following dissolution of the Soviet Union in 1991 and until 2015 the club was a member of the Ukrainian top tier and on couple of occasions competed at European club competitions representing Ukraine.

In 2015, the original club went bankrupt and in 2016 the Ukrainian Premier League finally removed it from its competitions. In 2016, it was announced that another amateur club from Zaporizhia (FC Rosso-Nero Zaporizhia) has officially changed its name to FC Metalurh Zaporizhia and intends to start participation at the Ukrainian Amateur Football League the same year.

In 2018, the Rosso-Nero's Metalurh was denied license for professional league competitions, while the city-sponsored club was admitted to the Second League.

With Metalurh–Rosso Nero already competing, in May of 2017 the mayor of Zaporizhia decided to form a separate city club which was formed based on the existing Metalurh sports school of Olympic Reserve. On 31 May 2017 the Zaporizhia city council approved the mayor's initiative and created the city's club Metalurh Zaporizhia. On proposition of the Rosso-Nero's Metalurh to merge, the newly created club refused.

Slavutych Arena is a football-only stadium in Zaporizhia, Ukraine. After major renovations, it was reopened once again in July 2006. Before 2006 the stadium carried name Central Stadium Metalurh (or Metalurh Stadium).
It is used for football matches and is the home of Metalurh Zaporizhia. The stadium's official maximum capacity is 12,000.
In 2001 Football Federation of Ukraine suspended the stadium and Metalurh played its home games at the AvtoZAZ Stadium which was a home ground of FC Torpedo Zaporizhia. After the renovations Metalurh returned home.