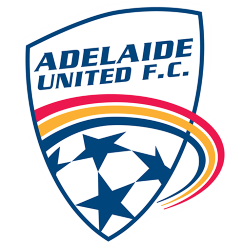 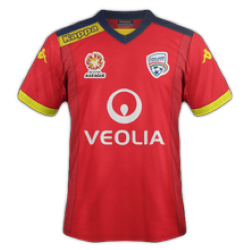 Adelaide United FC is a professional soccer club based in Adelaide, South Australia, Australia. The club participates in the A-League under license from Football Federation Australia. Adelaide United is the sole team from the state of South Australia. The club's home ground is Hindmarsh Stadium. The club was founded in 2003 to fill the place vacated by Adelaide City in the former National Soccer League (NSL). Adelaide United were premiers in the inaugural 2005–06 A-League season, finishing 7 points clear of the rest of the competition, before finishing 3rd in the finals, The Reds were also Grand Finalists in the 2006–07 and 2008–09 seasons, but failed to win either of the grand finals.

The 2009–10 season proved to be a disaster as the club's poor form continued throughout the season with the club ending the season at the bottom of the premiership table for the first time since inception. As of 2012, Adelaide is the only A-League club to be present at the AFC Champions League on four occasions, and progress past the group stage on three occasions. Adelaide United hold the record for the largest win in an A-League game and the most goals scored in one game. Adelaide defeated North Queensland Fury eight goals to one at Hindmarsh Stadium on 21 January 2011 in front of 10,829 fans. The team was also the first in the league to host two hattricks – one to Marcos Flores and the other to Sergio van Dijk. In 2014, Adelaide United were the winners of the first FFA Cup, beating Perth Glory 1-0 in the final. Hindmarsh Stadium (currently known as Coopers Stadium due to sponsorship from the Adelaide based Coopers Brewery) is a multi-purpose stadium located in Adelaide, South Australia. It is the home of the Australian A-League team, Adelaide United.

Built in 1960, the stadium stands on the site that was once Hindmarsh Oval which housed the West Torrens Football Club of the SANFL from 1905 until 1921, when the team moved to nearby Thebarton Oval which would remain its home until 1989.

The Soccer Association of South Australia owned land on a former brick pit on Torrens Road at Brompton named Rowley Park which was located only 5 km from the city, and the original plan was for the land to be the home of Soccer in SA as the site formed a natural bowl. However, the Soccer Association had received negative press regarding its failure to grow grass on the site. Rowley Park also had a tendency to flood during winter as the bottom of "The Brick Pit" was below the level of the water table which made playing soccer virtually impossible. The land was eventually leased to a group of speedway drivers and would become the famous Rowley Park Speedway which ran from December 1949 until it closed in April 1979. The land was eventually sold and is now the Kym Bonython housing estate, named for the speedway's long time promoter Kym Bonython.

When it became obvious to the Soccer Association that Rowley Park would be unsuitable as a soccer venue they obtained a lease on Hindmarsh Oval from the Hindmarsh Council. The old Hindmarsh Oval was developed over the years into a rectangular stadium capable of holding 15,000 with a single tier grandstand built in 1960 that held approximately 2,000 while 6 light towers for night games (plus another 8 smaller light towers on the grandstand roof) were installed during the mid-1970s. Other than the grandstand, the ground was all terracing surrounding the playing surface. This changed in 1996 when seats were installed on the eastern side of the ground. 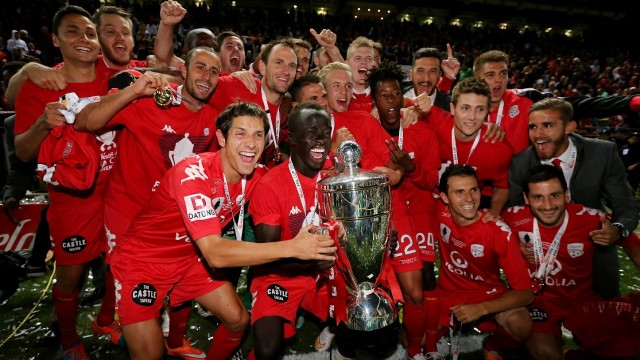