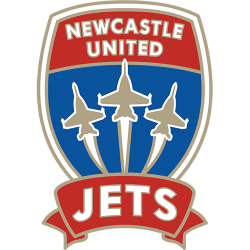 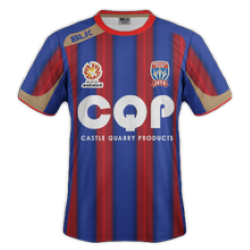 Newcastle United Jets FC, commonly known as Newcastle Jets, is an Australian professional soccer club based in Newcastle, New South Wales. It competes in the country's premier competition, the A-League, under license from Football Federation Australia. The club was formed in 2000 when it joined the National Soccer League (NSL) and was one of only three former NSL clubs to compete in the A-League.

The club plays home games at Hunter Stadium. Newcastle Jets have won one A-League championship, defeating rivals Central Coast Mariners 1–0 in the 2008 A-League Grand Final. In 2009, Newcastle competed in the AFC Champions League for the first time, reaching the Round of 16. Hunter Stadium is a multi-purpose sports stadium located in Newcastle, Australia. The ground is home to the Newcastle Knights (National Rugby League) and Newcastle Jets FC (A-League). It is owned by the New South Wales government and administered by the Hunter Region Sporting Venues Authority. Due to past sponsorship deals, the ground has been previously known as Marathon Stadium, EnergyAustralia Stadium and Ausgrid Stadium. Newcastle International Sports Centre is also known as Newcastle Stadium when in use during AFC competitions due to conflicting sponsorship reasons.
Work began on the stadium on 1 December 1967, and was officially opened by Queen Elizabeth II on 10 April 1970. It was originally known as the International Sports Centre, and is still part of the ISC complex to this day. The playing surface back then was originally oval shaped to allow both codes of rugby, soccer and cricket to be able to make use of it.

The Knights secured a lease on the stadium in 1986, and converted it from an oval to a rectangle layout. During the 1988 Great Britain Lions tour, the Newcastle Knights, in their first season, hosted a match at the ground.

Before redevelopment, the stadium had a capacity of 28,000, including 5,000 in the main grandstand. The ground attendance record for a sporting event is 32,642, which was set when the Knights took on the Manly-Warringah Sea Eagles in July 1995. Despite a lack of incidents, police subsequently asked for the allowed capacity to be lowered for reasons of safety.

Following the retirement of former Knights captain Andrew Johns, the new eastern grandstand was renamed The Andrew Johns Stand in honour of Johns in front of a packed crowd before the Knights vs Brisbane Broncos NRL match on Sunday 22 April 2007.

The name (Newcastle International Sports Centre) is used primarily by those who wish to mention stadiums by original names, such as non-commercial organisations like the Australian Broadcasting Corporation, and those with other corporate interests such as FIFA or the Asian Football Confederation.