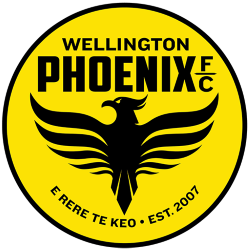 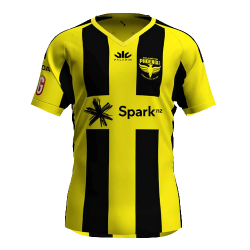 Wellington Phoenix FC is a New Zealand professional association football (soccer) club based in Wellington. It competes in the Australian A-League, under license from Football Federation Australia. Phoenix entered the competition in the 2007–08 season after its formation in March 2007, by New Zealand Football to replace New Zealand Knights as a New Zealand-based club in the Australian A-League competition. The club is one of only a few to compete in a league of a different confederation (AFC) from that of the country where it is based (OFC). Ernie Merrick is the head coach following the resignation of founding coach Ricki Herbert late in the 2012–13 season. Andrew Durante has been the club captain since the 2008-09 season succeeding from the inaugural captain, Ross Aloisi. The club's highest achievement is reaching the A-League Preliminary Final in 2010. The club plays matches at Wellington Regional Stadium, a 34,500-seat multi-use venue in Wellington. Wellington Regional Stadium (commercially known as Westpac Stadium) is a major sporting venue in Wellington, New Zealand. Due to its shape and silver coloured external walls, it is colloquially known as "The Cake Tin" to some non-Wellingtonians. The stadium's bowl site size is 48,000 sq m.

The stadium was built in 1999 by Fletcher Construction and is situated close to major transport facilities (such as Wellington Railway Station) one kilometre north of the CBD. It was built on reclaimed railway land, which was surplus to requirements.

It was built to replace Athletic Park, which was no longer considered adequate for international events due to its location and state of disrepair. The stadium was also built to provide a larger-capacity venue for One Day International cricket matches, due to the Basin Reserve ground losing such matches to larger stadia in other parts of the country.

The stadium also serves as a large-capacity venue for concerts.