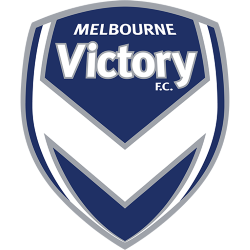 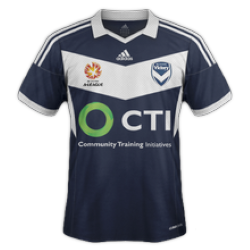 Melbourne Victory FC is a professional soccer club based in Melbourne, Victoria. It competes in the country's premier competition, the A-League, under license from Football Federation Australia. Victory entered the competition in the inaugural season as the only Victorian-based club in the newly revamped domestic Australian league. The club has won two A-League Championships, two A-League Premierships and has competed in the AFC Champions League on three occasions.

The club plays matches at both multi-use venues, Melbourne Rectangular Stadium and Docklands Stadium, with seated capacities of 30,050 and 56,347 respectively. A youth team competes in the National Youth League. A women's team competes in the W-League. The youth and women matches are played at various locations across Melbourne, including Lakeside Stadium, Kingston Heath Soccer Complex as well as Melbourne Rectangular Stadium. Melbourne were originally based at the 50-year old Olympic Park Stadium, where they played all home matches during the 2005–06 A-League season. This stadium had seated areas only on the wings, with standing-room sandy terraces on the north and south ends. The average crowd during the first year was 14,158.

On 2 September 2006, Melbourne Victory played Sydney FC at the 56,000 capacity Docklands Stadium. The match was a runaway success in terms of crowds, with 39,730 in attendance. As a result the club moved all but one of their home games to the ground.

This move to such a large stadium was viewed with scepticism by many, but proved to be an outstanding success, with the Grand Final held there. The average attendance rose to 27,728 for the 2006–07 season, 10,000 above the next highest in the A-League.

Prior to the 2006–07 season the club had planned to move to a new $190 million stadium being built to the east of the current Olympic Park complex. The new stadium was originally expected to sit approximately 20,000 spectators (expandable to 25,000) and was to be completed by 2009.

These plans were revised after the Victory refused to commit to playing at such a small capacity stadium. On 23 May 2007, the club announced it had signed as a founding co-tenant of the new stadium, which would now be built to accommodate a maximum of 30,050 spectators with further renovations to 50,000 possible. However, further expansion in the near-term is unlikely as it was discovered during Australia's World Cup Bid process that to build such an expansion would be prohibitively expensive.

On 15 February 2014, Melbourne Victory played their Asian Champions League qualifying game against Muangthong United at Kardinia Park in Geelong due to AAMI Park and Etihad Stadium being unavailable.