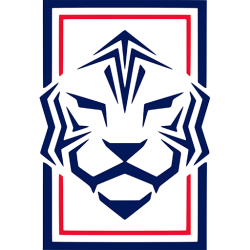 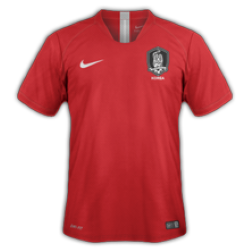 The South Korea national football team (Korean: 대한민국 축구 국가대표팀; recognized as Korea Republic by FIFA) represents South Korea in men's international football and is governed by the Korea Football Association. Since the 1950s, South Korea has development and emerged as a major football power in Asia since the 80s and is historically the most successful Asian football team, having participated in nine consecutive and ten overall FIFA World Cup tournaments, the most for any Asian country. Despite initially going through five World Cup tournaments without winning a match, South Korea became the only Asian team to reach the semi-final stages when they co-hosted the 2002 tournament with Japan. South Korea also recorded five titles and seven-time runners-up in the AFC Asian Cup and the senior Asian Games. The team is commonly nicknamed the "Reds" by both fans and the media due to the color of their primary kit. The national team's supporting group is officially referred to as the Red Devils.

The Seoul World Cup Stadium (Korean: 서울월드컵경기장), also known as Sangam Stadium, is a stadium used mostly for association football matches. The venue is located in 240, World Cup-ro, Mapo-gu, Seoul, South Korea. It was built for the 2002 FIFA World Cup and opened in November 2001. It is currently the second largest stadium in South Korea after Seoul Olympic Stadium, and is the largest rectangular stadium in Asia. It was designed to represent the image of a traditional Korean kite. The stadium has a capacity of 66,704 seats, including 816 seats for VIP, 754 seats for press and 75 private Sky Box rooms, each with a capacity for 12 to 29 persons. Due to table seats installation, capacity was reduced from 66,806 seats to 66,704 seats in February 2014. Since the World Cup it has been managed by the Seoul Metropolitan Facilities Management Corporation (SMFMC). FC Seoul moved to the Seoul World Cup Stadium in 2004.