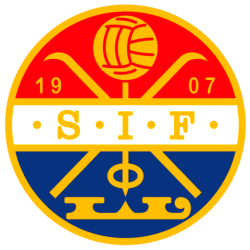 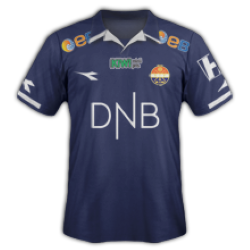 Strømsgodset Toppfotball is a Norwegian football club from Gulskogen in Drammen, who plays in Tippeligaen. It is the elite football section of the multi-sports club Strømsgodset IF.

The multi-sports club was founded 10 February 1907, but the football team first found success in the late 1960s and early 1970s. Led by the young striker Steinar Pettersen and his team-mates, the «Rødgata Boys» (nicknamed after the street most of them lived on), Strømsgodset got promoted from the fourth tier to the top flight in just a few years. The team then went on to win Tippeligaen in 1970 and the Norwegian Cup in 1969, 1970, 1973.

In the following decades, the club struggled more. However, the relegation to the third tier in 1986 was a turning point for the football team, and the club was promoted to the top flight again in 1989. In 1991, the club secured its fourth Norwegian Cup, and a turbulent decade followed, with promotions and relegations. In 1997 they lost the cup final, but secured bronze medals in the league.

After five years in the second tier, the economical situation had become a problem for the club, bringing it almost to bankruptcy in 2005. However, local investors saved the club, and this was the start of the second successful period. The club was promoted to Tippeligaen, won the Norwegian cup in 2010, and gradually grew into one of the best teams in Norway. A 2nd place in 2012 was followed by another championship in 2013, the club's second league title.

Marienlyst Stadion has been the home ground of Strømsgodset IF since 1967. It's located on Marienlyst in Drammen.

The pitch was opened in 1924, and was the home ground of Drafn, Skiold and Drammens BK. The final of the 1932 Norwegian Football Cup, between Fredrikstad and Ørn was played at Marienlyst. During the 1952 Winter Olympics in neighboring Oslo, the venue hosted two ice hockey matches. The venue hosted the Norwegian Athletics Championships in 1962 and 2001. The Norway national under-21 football team has played eighteen games Marienlyst, making it their most-used venue. The first U-21 match was played in 1981.

After a rebuild of the south end in 2014, and installation of safe standing seats, the stadium has a capacity of 8,935. When using the seats, the capacity is 8,060. The rebuild was done to ensure that the stadium would fulfill UEFA's regulations for a Category 4 stadium, which can be used for all Champions League or Europa League matches except the final.

The grass was removed in November 2007 to make way for artificial ice surface for winter sports, and artificial grass for summer sports. A new stadium was planned, but the project was abandoned due to financial difficulties. There are new plans to expand and rebuild the main stand. In a 2012 survey carried out by the Norwegian Players' Association among away-team captains, Marienlyst was ranked third-worst amongst league stadiums, with a score of 2.13 on a scale from one to five. This was mainly due to the worn-out artificial turf, which was replaced in the summer of 2013.

The Gamle Gress (old Turf) is part of a sport complex, with the adjacent bandy field (artificial ice) and the athletics stadium next door as well as the sports hall for indoor athletics and handball.