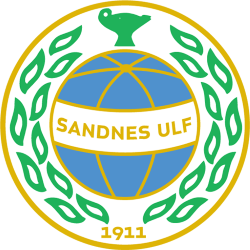 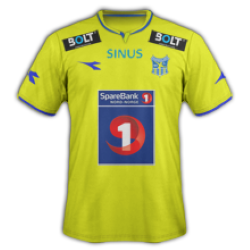 Sandnes Ulf is a Norwegian association football club from Sandnes, Rogaland, currently playing in First Division, the second highest division in the Norwegian football league system. The club play their home matches at Sandnes stadium in Sandnes idrettspark, but are working on plans for a new modern football stadium. The club was founded on June 1, 1911 as SK Ulf, and today has over 80 registered teams, making it the largest football club in Rogaland.

Sandnes Ulf play in light blue jerseys, white shorts and light blue socks. Sandnes Ulf is an open member association and the annual general meeting is the highest policy-making body. The meeting approves the accounts and elects the chairman and board. Stig Ravndal is the current chairman, elected in 2012. Daily operations are run by a managing director who liaises with the chairman.

The main rivals of the club are Viking FK and Bryne FK. Sandnes Ulf's official fan club is known as Gaukereiret ("The Cuckoo's Nest"), reflecting on the nickname for people from Sandnes; Sandnes-cuckoos.

Sandnes Idrettspark is a multi-purpose stadium in Sandnes, Rogaland, Norway. It is currently used mostly for track and field meets and football matches, and is the home ground of Sandnes Ulf. The stadium's capacity is 4,969 (4,109 seats).

The venue hosted the Norwegian Athletics Championships in 1986, 2002 and 2010. In August 2009, a new floodlight system with a capacity of 1,400 lux was installed. In a 2012 survey carried out by the Norwegian Players' Association among away-team captains, Sandnes Idrettspark was ranked fourth-worst amongst league stadiums, with a score of 2.40 on a scale from one to five.

The seats currently mounted on the stadium's north stand were donated from the old Stavanger stadion main stand, which was demolished in 2004.