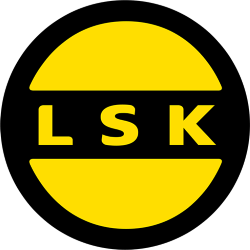 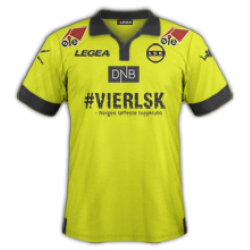 Lillestrøm Sportsklubb is a Norwegian football club from the city of Lillestrøm. It was founded in 1917, after the merger of two local football clubs. Their home ground is Åråsen Stadion, which has a capacity of 12,250 people, while the principal training ground is Lillestrøm stadion, or the indoor arena, LSK-Hallen. The club holds the Norwegian record for the most consecutive years without being relegated. Over the years the club has had around 40 players who have represented the Norwegian national team. There has also been a number of foreigners who have represented the national teams of Sweden, Iceland, Senegal, Finland, Malta, Australia, South Africa, Slovenia, Tunisia, Canada, Somalia, and Nigeria.

Åråsen Stadion is an all-seater football stadium located in Lillestrøm, a city east of Oslo in Skedsmo, Norway. With a capacity for 12,250 spectators, the venue is home of Norwegian Premier League side Lillestrøm SK (LSK). The venue has four stands, of which the West Stand has luxury boxes and club seating for 700. Because of the stadium's proximity to Kjeller Airport, it has retractable floodlights. The record attendance of 13,652 dates from 2002. In addition to league, cup and UEFA Cup matches for LSK, the venue has been used for one Strømmen IF top-league match in 1986, the UEFA Women's Euro 1997, eight other Norway women's national football team matches, the 2002 UEFA European Under-19 Football Championship, and seven Norway national under-21 football team matches.

LSK started purchasing land for their own stadium in 1947, having previously played at Lillestrøm Stadion. Construction started in 1950 and Åråsen opened on 7 July 1951, having cost 150,000 Norwegian krone (NOK). The grandstand was supplemented with a second stand in 1960. On 7 April 1967, the stadium burned down, but was rebuilt by September 1968. Another stand opened on the east side in 1974, the same year as LSK was promoted to the 1. divisjon, then the highest division of Norwegian football. The East Stand was moved to the north side and a new 3,700-seat stand built on the east side in 1978, which remains today. Between 1999 and 2002, the other three sides were redeveloped, costing NOK 240 million. This included luxury boxes, a new pitch with under-soil heating, three grandstands, and adjacent commercial and residential property.