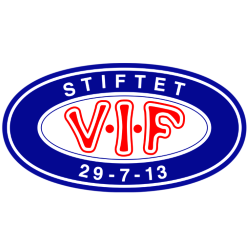 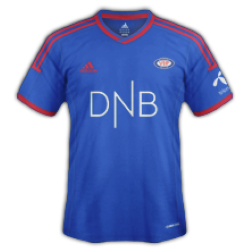 Vålerenga Fotball is a Norwegian association football club from Oslo and a part of the multi-sport club Vålerengens IF. Founded in 1913, the club is named after the neighbourhood of Vålerenga. Vålerenga's home ground is Ullevaal Stadion, the stadium for the Norway national football team. Vålerenga are five time Tippeligaen champions and four times Norwegian Football Cup champions, having last won the league in 2005, and the cup in 2008.

Ullevaal Stadion (Norwegian pronunciation: ) is an all-seater football stadium located in Oslo, Norway. It is the home ground of Vålerenga IF and the Norway national football team, and the site of the Norwegian Cup Final. From its opening in 1926 to 2009 it was the home ground of FK Lyn. With a capacity of approximately 28,000, it is the largest football stadium in Norway. The national stadium is fully owned by the Football Association of Norway (NFF).

The stadium opened on 26 September 1926 as the home ground for Lyn and several other local teams. The first international match was played in 1927, and NFF started gradually purchasing part of the stadium company. The peak attendance dates from 1935, when 35,495 people saw Norway play Sweden. Since 1948, Ullevaal has hosted the finals of the Norwegian Football Cup, and in 1967 the Japp Stand was completed. A new renovation started with the completion of the single-tier West Stand in 1985, and continued with the two-tier North and East Stands in 1990 and the South Stand in 1998. Ullevaal hosted the finals of the UEFA Women's Euro in 1987 and 1997.

In conjunction with the stadium is the head office of many sports federations, a bandy field, and commercial property including a conference center, hotel and shopping mall. The stadium is located adjacent to Ullevål Stadion Station of the Oslo Metro and the Ring 3 motorway. Plans call to replace the West Stand to increase capacity to 30,000 and perhaps add a retractable roof and artificial turf.