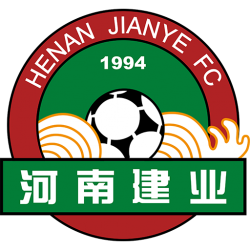 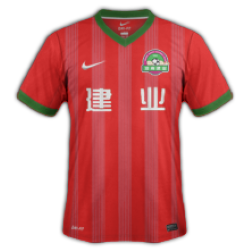 Luoyang Longmen Football Club (Chinese: 洛阳龙门), previously known as Henan Jianye Football Club (Chinese: 河南建业), is a professional football club that currently participates in the Chinese Super League under licence from the Chinese Football Association (CFA). The team is based in Zhengzhou (Chinese: 郑州市), in the province of Henan (Chinese: 河南省) and their home stadium is the Zhengzhou Hanghai Stadium that has a seating capacity of 29,860. Their owners are the Jianye Residential Group (China) Co., Ltd., which is part of the Central China Real Estate Limited. Their name refers to Jianye, a former name of the ancient city of Jiankang.

The club's predecessor was the Henan Provincial Team who were founded in 1958 while the current professional football team was established on August 27, 1994. The club have never won the league title and the highest position they have ever achieved was when they came third in the 2009 Chinese Super League season. The Hanghai Stadium (Simplified Chinese: 郑州航海体育场) is a multi-purpose stadium in Zhengzhou, Henan, China. It is currently used mostly for football matches and athletics events. It serves as the home stadium for Henan Jianye of the Chinese Super League. The stadium has a capacity of 29,860 people. It opened in 2002.