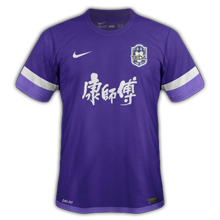 Tianjin TEDA Football Club (simplified Chinese: 天津泰达; traditional Chinese: 天津泰達; pinyin: Tiānjīn Tàidá) is a professional Chinese football club that currently participates in the Chinese Super League under licence from the Chinese Football Association (CFA). The team is based in Tianjin and their home stadium is the Tianjin Olympic Center Stadium that has a seating capacity of 54,696. Their owners are the TEDA Holding (The name is derived from the initials of Tianjin Economic – Technological Development Area) a state-owned conglomerate of the People's Republic of China.

The club's predecessor was called Tianjin Football Club and they predominantly played in the top tier, where they won several domestic league and cup titles. In 1993, the club was reorganized to become a completely professional football Club. Since then, they have won the 2011 Chinese FA Cup and came runners-up within the 2010 Chinese Super League season.

The club has also set up a sister-city relationship with Australian A-League Club, Melbourne Victory. In 2007, the two clubs played in the Lord Mayor's Cup, which has become an annual off-season match between the two clubs.

According to Forbes, Tianjin are the 8th most valuable football team in China, with a team value of $84 million, and an estimated revenue of $15 million in 2015. 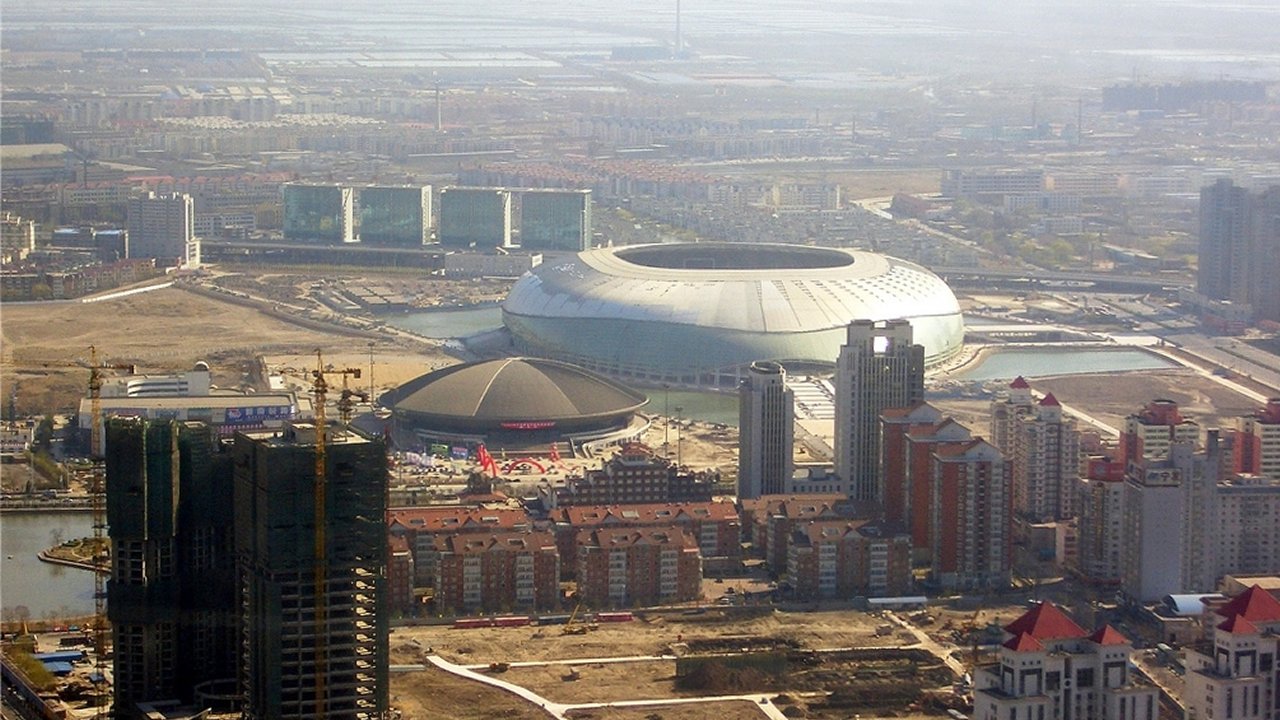 The stadium hosted games for the 2007 FIFA Women's World Cup and Football preliminaries at the 2008 Summer Olympics. It covers 78,000 square meters and has a capacity of 54,696 seats. It as a length of 380 meters, a width of 270 meters, and a height of 53 meters. The stadium is nicknamed "The Water Drop" because the outside of the venue was designed to resemble a drop of water. The stadium cost nearly 1.5 billion Yuan. The architects were AXS Satow.

The stadium houses sports facilities, exhibition halls, conference rooms and gyms. It also has the capacity for entertainment and shopping complexes.

American singer and recording artist Mariah Carey performed The Elusive Chanteuse Show in the stadium on 17 October 2014 and thus making her as the only international artist to have visited Tianjin.