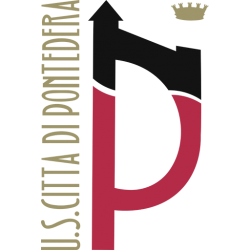 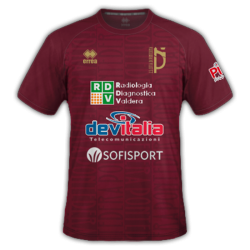 History
Founded in 1912, Pontedera, a team from a city in the Pisa neighbourhood, played Serie C for several years without never gaining a single promotion to Serie B. In 1993/1994, a second place in Serie C2/B allowed Pontedera to be promoted to Serie C1: during that season, the team was known for having longily been the only undefeated team in all Italian professional leagues, and for having incredibly won 2–1 to the Italy national football team coached by Arrigo Sacchi in a friendly match played in April 1994. Pontedera played Serie C1 just in 1994/1995, and relegated to Serie D in 2001, and even Eccellenza in 2002. Pontedera returned to Serie D in 2005, after having won its Eccellenza round.

In summer 2006, The Gunther Corporation purchased Pontedera. It was reported in The Guardian newspaper on 17 May 2007 that the owner of Pontedera is a dog named Gunther IV, who inherited it from Gunther III who in turn inherited it from his owner Countess Libenstein.

Serie D 2010–11
At the end of the 2010-11 Serie D season, Pontedera gained access to the Serie D play-off for promotion in Lega Pro Seconda Divisione, but they were eliminated in the third round.

Back into professionalism
In the 2012-13 Lega Pro Seconda Divisione season, Pontedera finished second in Girone B, and was promoted to Lega Pro Prima Divisione. This was the second consecutive promotion for the team. The 2013–14 season saw Pontedera topping the Lega Pro Prima Divisione table for the earlier weeks of the season, and then completing the regular season in eighth place and thus ensuring a Serie B promotion playoff spot, then losing to Lecce on penalties in the first round.

Colors and badge
Its colours are all-dark red.

Stadio Ettore Mannucci is an arena in Pontedera, Italy. It is primarily used for football, and is the home to the U.S. Pontedera 1912 of the Serie D. The stadium holds 5,014 spectators.