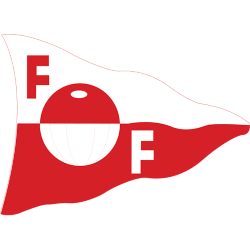 After suffering relegation from the then first division in 1984, Fredrikstad spent 18 years outside the top flight, before returning to the Premier League in 2003 after two successive promotions.

Fredrikstad stadion was FFK's home ground between 1914 and 2006. However, its facilities where outdated and the club moved to a new stadium on the other side of river Glomma. Their new ground is located in a former shipyard, incorporating parts of the old buildings in the two sidestands. FFK draw great support from their area and the official supporter club's name is Plankehaugen. More than 100 coaches filled with fans followed FFK to the cup final of 2006. The club's supporters also includes an Ultras section, Supras Fredrikstad.

The Fredrikstad Stadion is a football stadium in Fredrikstad, Norway and home of the Norwegian First Division team Fredrikstad FK. It is located in an area which formerly used to be a large shipyard (locally known as Værste or FMV), but which nowadays is the technological centre of the city, with several companies and a college. The frontage of the stadium is built to replicate the original halls of the workshop. This makes it architecturally unique. The stadium was built to replace Old Fredrikstad Stadion, which was considered to be one of the eldest and most worn-out stadium in the country. The total capacity is approximately 12,560, all seated. There is a possibility to expand it furthermore, to some 15,000 seats.