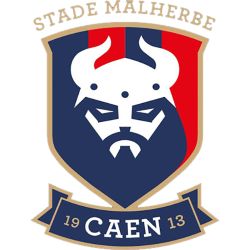 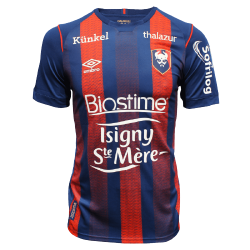 Stade Malherbe Caen (French pronunciation; commonly referred to as SM Caen or simply Caen) is a professional French football team, playing in the city of Caen, Basse-Normandie. The club was founded on 17 November 1913 following the merger of Club Malherbe Caennais and Club Sportif Caennais. The team takes its name from Lycée Malherbe, named after François de Malherbe (1555–1628), a poet, critic and translator, who was a native of Caen.

For the longest part of its history, SM Caen remains one of the leading amateur club in France, playing upon its foundation at stade de Venoix. The late 1980s and early 1990s saw the rise of Stade Malherbe into French football hierarchy. In 1985, Stade Malherbe adopted professional status. Three seasons later, it was promoted for the first time in first division. In 1992, several months after it was narrowly saved from bankruptcy, the club ends at fifth place of Division 1 and qualifies for the UEFA Cup. In 1993, the club moved to the modern Stade Michel d'Ornano, but was relegated two years later. Despite a second division title won in 1996, SM Caen quickly fell back into the anonymity of the second division.

The late 2000s saw Stade Malherbe regain some sporting success, which allows it to play several seasons in Ligue 1 and reach the final of the Coupe de la Ligue in 2005. The club has been chaired by Jean-François Fortin since 2002, and the team managed since 2005 by Franck Dumas, assisted by Patrice Garande since 2009. In the 2008–09 season, the team was once again relegated to Ligue 2 after losing 1–0 at home to Bordeaux, but were promoted back at the first attempt. In 2012, SM Caen were relegated for the third time in 10 years.
Caen was relegated to Ligue 2 in 2019, after finishing 19th in the previous Ligue 1 season. Stade Michel d'Ornano is a multi-use stadium in Caen, France. It is currently used mostly for football matches and is the home stadium of Stade Malherbe Caen. It is named after the French politician Michel d'Ornano, former president of the Basse-Normandie region.