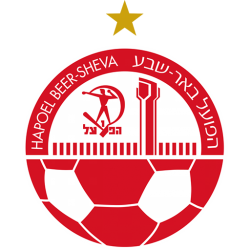 Hapoel Beer-Sheva Football Club (Hebrew: מועדון הכדורגל הפועל באר שבע, Moadon HaKaduregel Hapoel Be'er Sheva) is an Israeli football club from the city of Be'er Sheva, that competes in the Israeli Premier League. The club was established in 1949, and since 2007 it has been run by businesswoman Alona Barkat, who serves as the club's owner. The club also includes youth teams, boys and children, and a football school.

The home uniform colors of the club are red and white. Until 1959, the club played its home games at a stadium that was located in the old city of Be'er Sheva. In 1960, the club moved to Vasermil Stadium. Starting from the 2015–16 season, the home ground of the team is Turner Stadium.