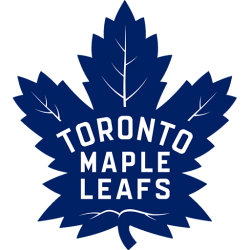 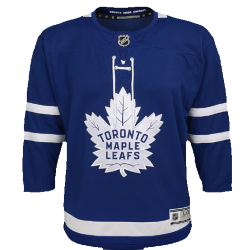 The Toronto Maple Leafs (officially the Toronto Maple Leaf Hockey Club) is a professional ice hockey team based in Toronto, Ontario, Canada. They are members of the Atlantic Division in the Eastern Conference of the National Hockey League (NHL). The team is one of the "Original Six" league members. They are owned by Maple Leaf Sports & Entertainment, Ltd. and are represented by chairman Larry Tanenbaum. Their general manager is Dave Nonis. Their head coach is Randy Carlyle. In February 1999 they moved to Air Canada Centre, which replaced Maple Leaf Gardens, their home since 1931.

The Maple Leafs have won thirteen Stanley Cup championships, second only to the twenty-four championships of their primary rival, the Montreal Canadiens. They won their last championship in 1967. Their 47-year drought between championships is currently the longest in the NHL.

With an estimated 2013 worth of US$1.15 billion, the Leafs are the most valuable franchise in the NHL, followed by the New York Rangers and the Montreal Canadiens. In 2014, they were ranked by Forbes as the 26th most valuable sports team in the world (and the only NHL team to be in the top 50). 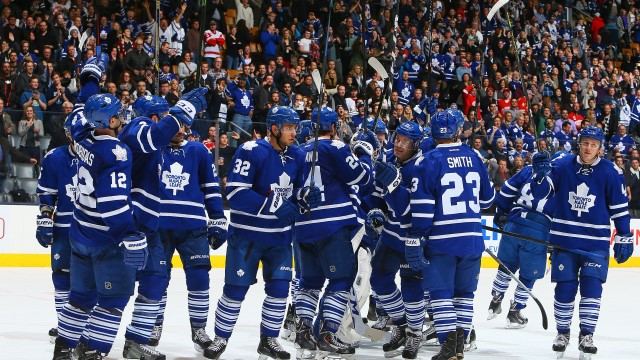