The New York Islanders are a professional ice hockey team based in Uniondale, New York. They are members of the Metropolitan Division of the Eastern Conference of the National Hockey League (NHL). Since their inception in 1972, the team has played their home games in the Nassau Veterans Memorial Coliseum. The Islanders are one of three NHL franchises in the New York City metropolitan area along with the New Jersey Devils and New York Rangers, with the Islanders' primary fan base being suburban Long Island.

The team was founded in 1972 as part of the NHL's maneuvers to keep a team from rival league World Hockey Association (WHA) out of the newly built Nassau Coliseum. After two years of building up the team's roster, they found almost instant success by securing fourteen straight playoff berths starting with their third season. The Islanders won four consecutive Stanley Cup championships between 1980 and 1983, the seventh of eight dynasties recognized by the NHL in its history. Their 19 consecutive playoff series wins between 1980 and 1984 is a feat that remains unparalleled in the history of professional sports.

After the end of the dynasty, the franchise ran into problems with money, ownership and management, an aging arena, and low attendance. Their woes were reflected in their gameplay as the team has not won a division title since 1987–88, or a playoff series since 1992–93. After years of failed attempts to rebuild or replace Nassau Coliseum, the Islanders announced on October 24, 2012 that they will be moving to the Barclays Center in the New York City borough of Brooklyn, beginning with the 2015–16 NHL season.

Eight former members of the Islanders have been inducted into the Hockey Hall of Fame, seven of whom—Al Arbour, Mike Bossy, Clark Gillies, Denis Potvin, Billy Smith, Bill Torrey, and Bryan Trottier—were members of all four Cup winning teams. Pat LaFontaine is the most recent inductee, having been honored in 2003. Nassau Veterans Memorial Coliseum (commonly known as Nassau Coliseum) is a multi-purpose indoor arena in Uniondale, New York. Currently home to the New York Islanders of the National Hockey League, the Coliseum is located approximately 19 miles (31 km) east of New York City on Long Island. Opened in 1972, the Coliseum occupies 63 acres (25 ha) of Mitchel Field, site of a former Army and Air Force base. The facility is located in the Town of Hempstead, within the Uniondale 11553 ZIP code. The Coliseum is also used for concerts, large exhibitions and shows of various kinds, as well as trade shows — 44,000 square feet (4,100 m2) at the main arena, 60,000 at the Expo Center. 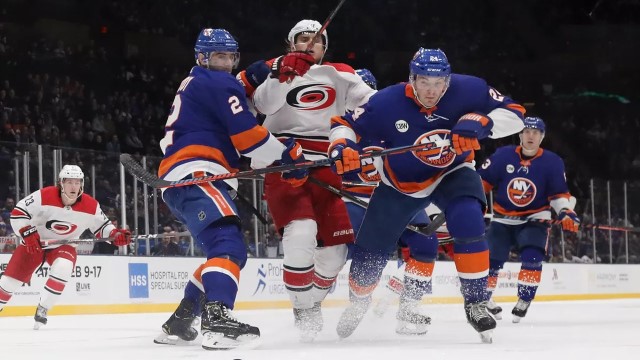 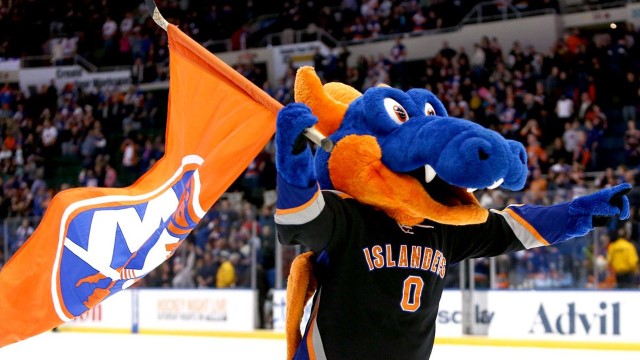