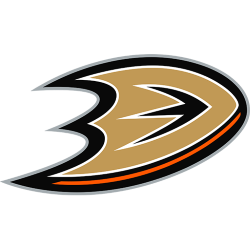 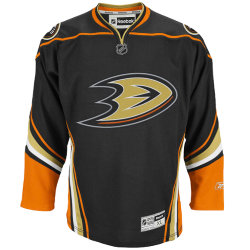 The Anaheim Ducks are a professional ice hockey team based in Anaheim, California, United States. They are members of the Pacific Division of the Western Conference of the National Hockey League (NHL). Since their inception, the Ducks have played their home games at the Honda Center.

The Mighty Ducks of Anaheim were founded in 1993 by The Walt Disney Company. The franchise was awarded by the NHL in December 1992, along with the rights to a Miami team that would become the Florida Panthers. An entrance fee of $50 million was required, half of which Disney would pay directly to the Los Angeles Kings in order to share Southern California. On March 1, 1993, at the brand-new Anaheim Arena - located a short distance east of Disneyland and across the Orange Freeway from Angel Stadium - the team got its name, inspired by the 1992 Disney movie The Mighty Ducks, based on a group of misfit kids who turn their losing youth hockey team into a winning team. Disney president Michael Eisner had already said on the December press conference that the film's success served as "our market research". As a result of the baptism, the arena was named "The Pond", and Disney subsequently made an animated series called Mighty Ducks, featuring a fictional Mighty Ducks of Anaheim team that consisted of anthropomorphized ducks led by the Mighty Duck Wildwing.

Philadelphia arena management specialist Tony Tavares was chosen to be team president, and Jack Ferreira, who previously helped create the San Jose Sharks, became the Ducks' general manager. The Ducks selected Ron Wilson to be the first coach in team history. The Ducks and the expansion Florida Panthers team filled out their rosters in the 1993 NHL Expansion Draft and the 1993 NHL Entry Draft. In the former, a focus on defense led to goaltenders Guy Hebert and Glenn Healy being the first picks, followed by Alexei Kasatonov and Steven King. In the latter, the Ducks selected as the fourth overall pick Paul Kariya, who only began play in 1994 but would turn out to be the face of the franchise for many years. The resulting roster had the lowest payroll of the NHL with only $7.9 million. The Honda Center (previously known as the Arrowhead Pond of Anaheim) is an indoor arena in Anaheim, California, United States. The arena is home to the National Hockey League's Anaheim Ducks and was home of the former National Lacrosse League's Anaheim Storm, which folded in 2005. It is also home to the Los Angeles Kiss of the Arena Football League.

Originally named the Anaheim Arena during construction, it was completed in 1993 at a cost of $123 million. Arrowhead Water paid $15 million for the naming rights over 10 years in October 1993. In the short period of time between the enfranchisement of the Mighty Ducks and the naming rights deal with Arrowhead, Disney referred to the Arena as the Pond of Anaheim. In October 2006, Honda paid $60 million for the naming rights for over 15 years. The Honda Center is often referred to by the locals as the "Ponda Center" or "Ponda" paying homage to it's beloved old name The Pond.

The Arena was also used for taping 4th and Loud which is a reality show documentary that is about the LA KISS which airs on AMC beginning on August 12, 2014. The show was taped at the Honda Center only during LA KISS Home Games or other events.