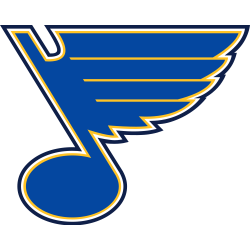 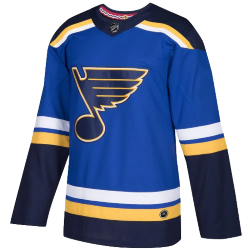 The St. Louis Blues are an American professional ice hockey team in St. Louis, Missouri. They are members of the Central Division of the Western Conference of the National Hockey League (NHL). The team is named after the famous W. C. Handy song "Saint Louis Blues," and plays in the 19,150-seat Scottrade Center in downtown St. Louis. The franchise was founded in 1967 as an expansion team during the league's original expansion from six to 12 teams. The Blues are the oldest NHL team never to have won the Stanley Cup.

The Blues were one of the six teams added to the NHL in the 1967 expansion, along with the Minnesota North Stars, Los Angeles Kings, Philadelphia Flyers, Pittsburgh Penguins and California Seals.
St. Louis was the last of the six expansion teams to gain entry into the League, chosen over Baltimore at the insistence of the Chicago Black Hawks. The Black Hawks were owned by the influential Wirtz family of Chicago, which also owned the decrepit St. Louis Arena. The Wirtzes sought to unload the arena, which had not been well-maintained since the 1940s, and thus pressed the NHL to give the franchise to St. Louis, which had not submitted a formal expansion bid. NHL President Clarence Campbell said during the 1967 expansion meetings that, "We want a team in St. Louis because of the city's geographical location and the fact that it has an adequate building." The team's first owners were insurance tycoon Sid Salomon Jr., his son, Sid Salomon III, and Robert L. Wolfson, who were granted the franchise in 1966. Sid Salomon III convinced his initially wary father to make a bid for the team. Former St. Louis Cardinals great Stan Musial and Musial's business partner Julius "Biggie" Garagnani were also members of the 16-man investment group that made the initial formal application for the franchise. Garagnani would never see the Blues franchise take the ice, as he passed away from a heart attack on June 19, 1967, less than three months before the Blues played their first preseason game. Upon acquiring the franchise in 1966, Salomon then spent several million dollars on extensive renovations for the 38-year-old arena, which increased the number of seats from 12,000 to 15,000.
The Blues were originally coached by Lynn Patrick, who resigned in late November after recording a 4–13–2 record. He was replaced by Assistant Coach Scotty Bowman, who thereafter led the team to a winning record for the rest of the season. Although the League's rules effectively kept star players with the original six teams, the Blues managed to stand out in the inferior Western Division. Capitalizing on a playoff format that required an expansion team to make it to the Stanley Cup Finals, the Blues reached the Stanley Cup Finals in each of their first three seasons, though they were swept first by the Montreal Canadiens in 1968 and 1969, then by the Boston Bruins in 1970.
While the first Blues teams included aging and fading veterans like Doug Harvey, Don McKenney and Dickie Moore, the goaltending tandem of veterans Glenn Hall and Jacques Plante proved more durable, winning a Vezina Trophy in 1969 behind a sterling defense that featured players like skilled defensive forward Jim Roberts, team captain Al Arbour and hardrock brothers Bob and Barclay Plager. Phil Goyette won the Lady Byng Trophy for the Blues in 1970 and New York Rangers castoff Red Berenson became the expansion team's first major star at center. The arena quickly became one of the loudest buildings in the NHL, a reputation it maintained throughout its tenure as the Blues' home.
During that time, Salomon gained a reputation throughout the NHL as the top players' owner. He gave his players cars, signed them to deferred contracts and treated them to vacations in Florida. The players, used to being treated like mere commodities, felt the only way they could pay him back was to give their best on the ice every night. Scottrade Center (originally Kiel Center and formerly Savvis Center) is a 19,150 seat arena located in downtown St. Louis, Missouri, opened in 1994. It is the home of the St. Louis Blues of the National Hockey League.
Besides ice hockey, the arena features a range of arena programming, including professional wrestling, concerts, ice shows, family shows, and other sporting events. It hosts approximately 175 events per year, drawing nearly two million guests annually. For the first quarter 2006, Scottrade Center ranked second among arenas in the United States and fourth worldwide in tickets sold. Industry trade publication Pollstar ranks Scottrade Center among the top ten arenas worldwide in tickets sold to non-team events.
The largest crowd to attend an event at the Scottrade Center was 22,612, which happened twice during the 2007 Missouri Valley Conference Tournament, known as Arch Madness.
The arena is frequently selected by the NCAA for championship events, and played host to the NCAA Frozen Four Hockey Championships in April 2007, the NCAA Women’s Final Four Basketball Championships in 2009, and the NCAA Wrestling Championships in 2000, 2004, 2005, 2008, 2009, 2012, and 2015.
The building is operated by SLB Acquisition Holdings LLC, owner of the St. Louis Blues, under its chairman, Tom Stillman. 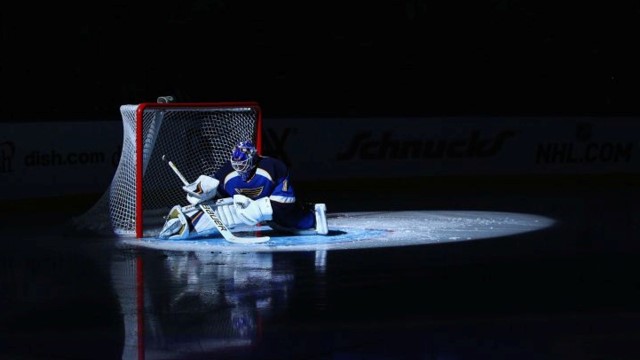