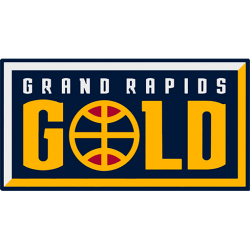 The Grand Rapids Gold are an American professional basketball team of the NBA G League and is an affiliate of the Denver Nuggets in the National Basketball Association (NBA). The franchise began as the Anaheim Arsenal in 2006, before relocating to Springfield, Massachusetts, in 2009, becoming the Springfield Armor. After five seasons in Springfield, the franchise moved to Grand Rapids in 2014 and were subsequently renamed the Grand Rapids Drive, before changing their name again to the Gold in 2021. They play their home games at the DeltaPlex Arena in Walker, Michigan. DeltaPlex Arena & Conference Center (formerly Grand Rapids Stadium, Stadium Arena, and Turner Arena) is a 5,000-seat multipurpose arena in Walker, Michigan. It was built in 1952 and since then the DeltaPlex sports, entertainment and convention complex has grown around the arena. The arena is a 23,000 square feet (2,000 m2) space, which has a 52-foot (16 m) ceiling, seats up to 7,000 for concerts and has 1,088 loge seats. It has a 60-by-56-foot portable stage. DeltaPlex Arena is a venue usable for not only sports and concerts but also trade shows, conventions and other events.