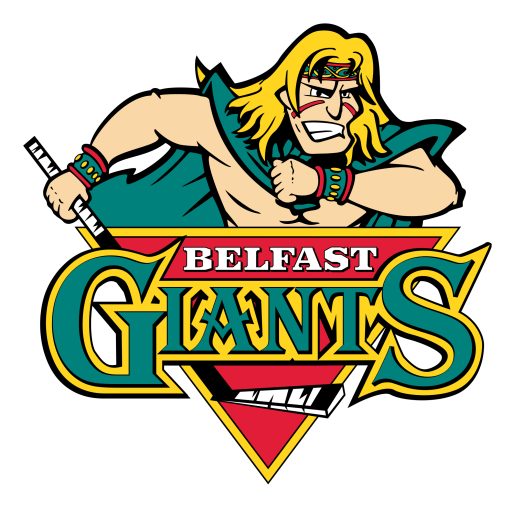 The Belfast Giants are an ice hockey team from Belfast, Northern Ireland that compete in the Elite Ice Hockey League. Home games are played at the 12,000-capacity Odyssey Arena in Belfast.

Sectarianism had long been seen as a significant problem in some sports in Northern Ireland. When the club was established, the Belfast Giants were keen that the club not attach itself to a particular faith or community, instead wanting to represent Belfast as a whole. A number of policies were subsequently introduced to try to ensure this. Particular clothing (such as association football replica shirts), which might have displayed a person's political or religious affiliation, were banned and flags were not permitted to be brought into the arena. The national anthem of the United Kingdom, traditionally played before games at other arenas in the Elite League, is not played before Giants games. These policies have been successful and the Giants have quickly built a large and enthusiastic fanbase who did not have to fear the sectarianism that marred other sports in Northern Ireland.

Initially members of the now defunct Superleague, the Giants won the championship in 2001–02 and were play-off champions in 2002–03. With the Superleague's demise, there were concerns that the Giants would not survive because of major financial problems which had developed. Running up debts of £600,000 and facing the threat of liquidation creditors voted to accept 20p in the pound allowing the club to continue. One company was believed to be owed nearly £65,000.

However, with the creation of the new Elite Ice Hockey League (EIHL) for the 2003–04 season, the Giants survived. The Giants finished 4th in the league's first season, but failed to reach the post-season play-offs..

The Giants finished runners up in the 2004–05 season behind the Coventry Blaze but were winners of the Cross-over League Cup, which was played with teams from the BNL.

In 2005, The Giants unveiled NHL All-Star and Olympic Gold Medal winner, Theo Fleury who made his debut against the Edinburgh Capitals. The Giants won 11–2, with Fleury scoring a hat-trick. With 4 additional assists and a fight under his belt, he was named man of the match.

Besides Fleury, several other players who previously played in the NHL have played for the Giants; Paul Kruse, Jason Ruff, Paxton Schulte, and Jason Bowen, Bowen and Kruse having played almost 600 games between them. Kevin Westgarth is the latest incumbent from the NHL to don the Giants jersey, arriving from the Calgary Flames after several seasons in North America's top league.

With an average attendance of around 4,023, the Giants are one of two Elite league ice hockey squads among the most popular teams of the continent, along with the Nottingham Panthers. The Odyssey, which consists of the Odyssey Pavilion and Odyssey Arena is a large sports and entertainment centre situated in Titanic Quarter, Belfast, Northern Ireland, a part of the Belfast Harbour Estate. It was jointly funded by the Millennium Commission, the Laganside Corporation, the DCAL, the Sheridan Group and the Sports Council for Northern Ireland. The Arena opened in 2000 with the Pavilion later opening in 2001. The Odyssey is quoted to have cost £120 million on completion. In 2011 The Odyssey Pavilion which was owned by The Sheridan Group went into administration, the building is now under control of KPMG until a new owner is found.