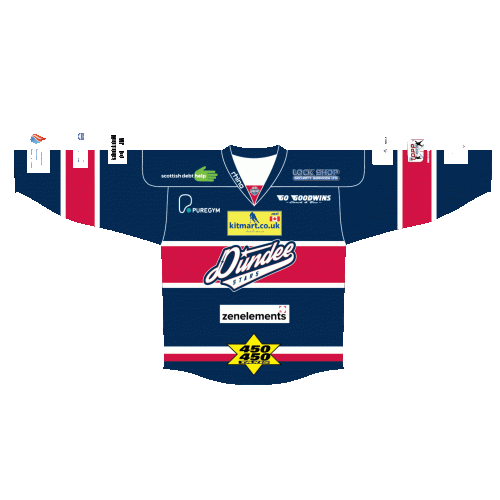 The Dundee Stars are a professional ice hockey team based in the Scottish city of Dundee. They were formed in 2001 and play their home games at the Dundee Ice Arena, situated off the city's main Kingsway dual carriageway.

The team currently play in the UK-wide Elite Ice Hockey League and have previously played in others including: The British National League, Scottish National League and The Northern League. In joining the Elite League, they are one of four Scottish teams playing in the competition, alongside The Edinburgh Capitals, Braehead Clan and Fife Flyers.

Founded in 2001, the Dundee Stars won the Findus British National League (FBNL) and the Playoffs in their first season (2001–02) and then ranked 2nd in the FBNL, top their playoff group and reached the semi-finals of the challenge cup the following season. Stars' third season was a disappointment compared to the previous two, with a low league position and a place in the final of the Capital Cup.

Season 2004–05 was disappointing for all three Scottish teams in the BNL. The National Cup, the Keyline Cup and the Challenge Cup were no better. However, the Stars won the Playoffs and also fared well in the Caledonia Cup.