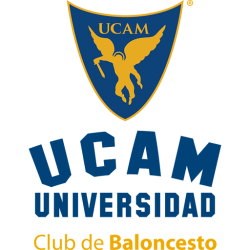 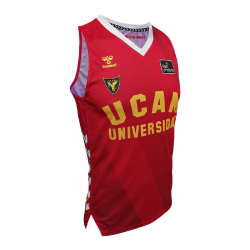 Club Baloncesto Murcia, S.A.D., more commonly referred to as UCAM Murcia, is a professional basketball team based in Murcia, Spain. The team plays in the Liga ACB and the EuroCup. It plays their home games at Palacio de Deportes.

Founded in 1985 under the name Agrupación Deportiva Júver, Murcia agreed with a Madrid-based club, Logos de Madrid, to buy out its rights to play in the Spanish second division. Murcia would play at that level for four consecutive seasons and its first superstar was do-it-all big man Randy Owens.

In 1990, Murcia, led by veteran center Mike Phillips, beat Obradoiro in a playoffs series to gain promotion to the Spanish League. The club would stay in the Spanish elite for the next seven seasons, with stars likes Ralph McPherson, Clarence Kea, Michael Anderson and Johnny Rogers and head coaches like Felipe Coello, José María Oleart and Moncho Monsalve. In December 1991, Kea pulled down 29 rebounds, which remains a Spanish League record, in a win against Breogán Lugo.

The club became CB Murcia in 1993 and moved to its current arena, Palacio de Deportes, the following season. Murcia organized the Copa del Rey tournament in the 1995–96 season and made it to the semifinals. Murcia went down to the Spanish second division at the end of the 1996–97 season, but reached the Spanish elite a couple of times, including in 2006, when it downed CAI Zaragoza in overtime in a do-or-die game to advance. Led by Jimmie Hunter and Juanjo Triguero, Murcia ranked 12th in the 2007–08 season, but went back to the second division two years later. Murcia bounced back to score promotion directly with a 30–4 record, and has been in the Spanish elite even since.

In 2013, the club switched hands and UCAM Murcia took control. That moved helped Murcia shine in the last couple of seasons for its best results ever. With Diego Ocampo as head coach and Scott Bamforth, Raulzinho Neto and Carlos Cabezas as its top newcomers, Murcia finished the Spanish regular season with a 17–17 record, which was just one win from the playoffs. Last season Murcia found a new coach in Fotios Katsikaris and added more experienced players like Facundo Campazzo, Serhiy Lishchuk and Vítor Faverani. That led to a seventh-place finish with an 18–16 record and a ticket to the quarterfinals for the first time in the club's history, where it lost 2–1 to Real Madrid in the quarterfinals, but earned the right to make its debut in European competitions in the 2016–17 EuroCup. In its European debut, UCAM Murcia reached the Top 16 round.

In the next season, the club joined the Basketball Champions League, reaching the Final Four in its first participation. Murcia lost to AEK in the semifinals and won the third place game over MHP Riesen Ludwigsburg. Palacio de Deportes de Murcia is an arena in Murcia, Spain. It is primarily used for basketball and Futsal and the home arena of CB Murcia and ElPozo Murcia FS. The arena holds 7,454 people and was built in 1994. It had a budget of 25 million dollars, and was the most modern arena in Europe the moment it was built. 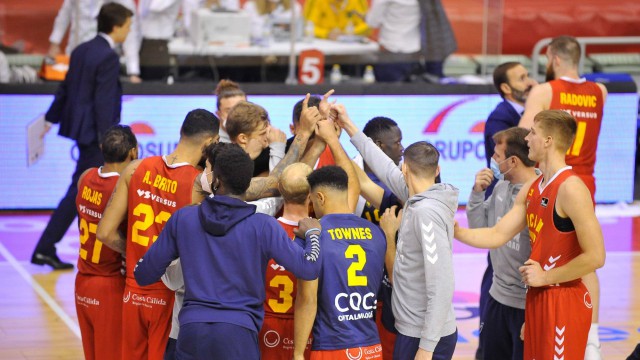