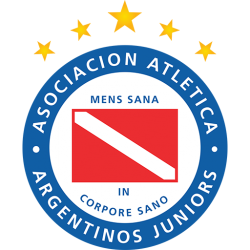 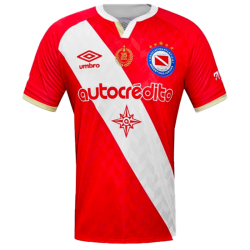 Asociación Atlética Argentinos Juniors is an Argentine sports club based in La Paternal, Buenos Aires. The club is mostly known for its football team, which currently plays in the Argentine Primera División, and was recognized as one of the most important football teams of South America by FIFA. It is one of the eight Argentine first division teams that won the Copa Libertadores. The continental trophy was won in the club's first entry to the contest, in 1985. The most remarkable sign of this team is the power of its youth teams, which unveiled some of the most talented footballers in Argentinian football history, with Diego Maradona as the greatest example of all. Estadio Diego Armando Maradona is a football stadium in Villa General Mitre, Buenos Aires, Argentina. It is the home venue of Argentinos Juniors, and has a capacity of 26,000.

It was given its name in 2004 in honour of the former Argentinos player Diego Maradona who made his first professional appearance ever in that field in 1976, following the refurbishment of the ground, and to celebrate the club's centenary.

History
Before the construction of this stadium, there was another one on the same place, wooden made, which first opened in 1940. Since it was small and unsafe, it was left apart in the early 1980s, and the football team moved its basis to the nearer Arquitecto Ricardo Etcheverri stadium, in the neighbourhood of Caballito. The idea was to build a modern and bigger stadium with the 5,800,000 dollars that the club received from the transfer of Diego Armando Maradona to the FC Barcelona but finally that money was invested in constructing other venues at the multisport complex Las Malvinas, owned by the same club, and in bringing some first level footballers in order to succeed at the national championship. The project of the new stadium had to wait until the next decade.

In 1995, the old stadium was demolished, but at the same time a deep economic crisis hit the club and continued for a long time, delaying the works for eight years. Finally, in 2003, the new stadium was finished, and opened on December 26. Six months later, the team returned to the Argentinean First Division, where it is now based. The opening ceremony included two football games between the 1984 team, that won the first national championship for the club versus the team that won the second division tournament in 1997, and another one between the Argentinean U-20 national team and a mix of some of the best players born in the club's youth divisions such as Juan Pablo Sorín, Esteban Cambiasso, Diego Placente, Carlos Mac Allister, Claudio Borghi, Fabricio Coloccini, Leonel Gancedo and Sergio Batista together with some others remarkable footballers that played in Argentinos, such as Ubaldo Fillol. Lionel Messi made his debut in the Argentina U20 team in this stadium and scored his first international goal in a friendly match against Paraguay on 29 June 2004.