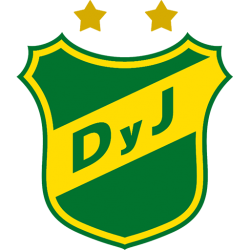 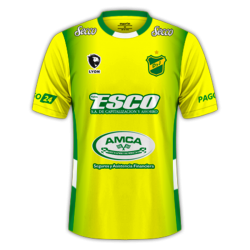 Club Social y Deportivo Defensa y Justicia, commonly known as Defensa y Justicia or simply Defensa, is an Argentine football club from Florencio Varela, Buenos Aires. The team currently plays in the Primera División, the top division of the Argentine football league system. Home games are played at the Estadio Norberto "Tito" Tomaghello which has a capacity of approximately 18,000.

The institution was founded on 20 March 1935 by a group of friends who wanted to form a local team. There are no sources explaining how the name was given to the club. Presided by Norberto Tomaghello, Defensa y Justicia affiliated to Argentine Football Association, built its stadium, which was opened in occasion of a friendly match against Boca Juniors reserve team in December 1977.

The club's original colors were blue with white collars and cuffs, which were changed to yellow with green details. These were the colors of the bus line "El Halcón", a company that belonged to the club president at the time. This company used its buses to bring the fans to away games, and thus received the nickname "Los Halcones de Varela".

Even though the club was founded as early as 1935, Defensa y Justicia did not play in official tournaments until 1978, when the team debuted in Primera D, defeating Cañuelas.

The team quickly promoted to upper divisions, first to Primera C Metropolitana in 1982 after winning the championship, and 3 years later reaching the next division, Primera B, while being coached by Hugo García. Defensa only played in Primera B one year and in 1986 were promoted to Primera B Nacional. As of May 17, 2014 Defensa y Justicia has been promoted to the Primera Division of the Argentina Football (the highest level in the country) and on 23 January 2021, they won the 2020 Copa Sudamericana against Argentine club, Club Atlético Lanús. Then they won the 2021 Recopa Sudamericana 4–3 on penalties which they played against Palmeiras. Each side lost 2–1 at home and played a scoreless extra time period.

Estadio Norberto "Tito" Tomaghello is a multi-use stadium in Buenos Aires, Argentina. It is primarily used for football and is currently the home ground for Club Social y Deportivo Defensa y Justicia. The stadium holds 10,500 after its most recent expansion works and it opened in 1978.