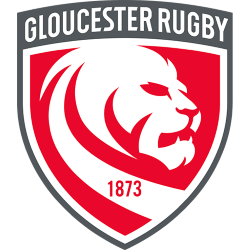 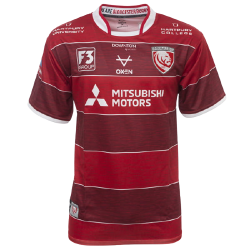 Gloucester Rugby are an English professional rugby union club based in the West Country city of Gloucester. They play in the Premiership Rugby, England's top division of rugby, as well as in European competitions.

The club was formed in 1873 and since 1891 has played its home matches at Kingsholm Stadium, on the fringes of the city centre.

In the 2017-18 Premiership Rugby season they finished 7th and reached the final of the European Rugby Challenge Cup, qualifying to compete in the 2018–19 European Rugby Champions Cup. The current head coach is Johan Ackermann who was appointed in the summer of 2017.

The club has no official nickname but are occasionally referred to as the Cherry and Whites by supporters and the media in reference to the traditional red and white hooped shirts worn by the team. Matches with local rivals Bath and Bristol are referred to as West Country derbies. Kingsholm Stadium is a rugby union stadium located in the Kingsholm area of Gloucester, England, and is the home stadium of Gloucester Rugby. The stadium has a capacity of 16,115. It is sometimes nicknamed 'Castle Grim' after the estate where the stadium is built. The new main grandstand, opened in 2007, is an all seated 7,500 capacity stand along the south touchline. It is currently sponsored by

Kingsholm was used as a home stadium for England before they settled at Twickenham and also hosted New Zealand versus United States for a pool match in the 1991 Rugby World Cup.

In common with many grounds of English professional Rugby Union clubs, Kingsholm features several terraced standing areas. The North Stand is such an area and is known colloquially as 'The Shed'. It runs down the whole length of the pitch and holds around 3,000 people. The Shed is known within Rugby Union for its proximity to the pitch and the low roof, enabling fervent home support. The West Stand terrace holds around 1,615 spectators and has a row of hospitality boxes located above. It is sponsored by Stowford press.

The East Stand is an all seater stand located directly on Kingsholm Road. It holds around 3,000 fans. It is sponsored by JS Facilities Group. 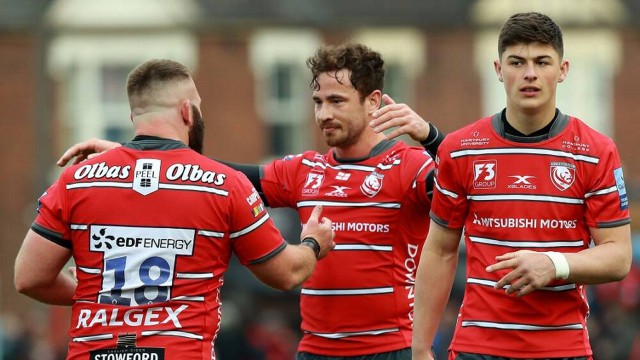