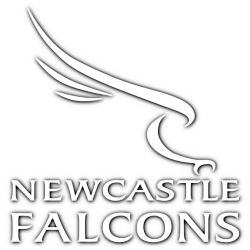 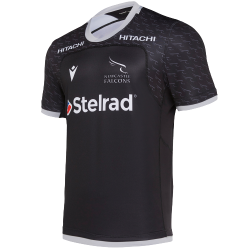 The Newcastle Falcons (formerly Gosforth FC/Newcastle Gosforth until 1996) is an English rugby union team that plays in the English Premiership. The club was established in 1877 and played under the name of Gosforth Football Club until 1990. The name was then changed to Newcastle Gosforth and the club began to play at Kingston Park stadium in Kingston Park, Newcastle upon Tyne. At the start of the professional era the club adopted its current name of Newcastle Falcons. Their northern rivals in the Premiership are Sale Sharks and in the European Champions Cup are Edinburgh Rugby. Newcastle Falcons play at Kingston Park which holds 10,200. Kingston Park is the second smallest stadium in the Aviva Premiership ahead of Saracens' Allianz Park with the club's average attendance currently sits at approximately 10,000, a 42.5% increase from the 2016/17 season and a 96.8% increase from the 2013/14 season. The stadium has three modern stands; the open air North standing Terrace, the enclosed South Stand Terrace – where the loudest fans traditionally stand and sing, and the all-seated West Stand. However, the Falcons also retain the original Gosforth East stand complete with green and white seating (Gosforth colours). The pitch at Kingston Park recently went under renovation, replacing the former grass surface with a 3G Synthetic pitch with the aim of reducing the matches lost to the North East weather. In June 2015, the Falcons bought Kingston Park back from Northumbria University, which was a bold statement by the club ahead of the 2015–16 season.

On 16 September 2017 the Falcons played a home game away from Kingston Park and become the second English team to host a game in the United States when they faced Saracens at the Talen Energy Stadium in Philadelphia.

On 24 March 2018 Newcastle Falcons hosted "The Big One", Their Premiership Fixture against Northampton Saints. It was originally booked to be played at Kingston Park but after an agreement came together with Newcastle United F.C., It was moved to St James' Park, Newcastle United's Home Ground. The goal was to promote Rugby Union in North East England while also being the Falcons' Biggest Home Crowd to date. The bar was set at 20,000 Attendees which would beat their previous record of 11,595 set in 1999 when a match was held at Gateshead International Stadium. For the match, Falcons wore a unique black and white striped shirt similar to that worn by Newcastle United. It was announced after "The Big One" game that 30,174 people attended the game as Falcons beat Northampton Saints 25-22. It was the first Premiership Rugby match to be played at St James' Park, and the success of the initiative led to Newcastle Falcons hoping to do the same in the 2018-2019 season. 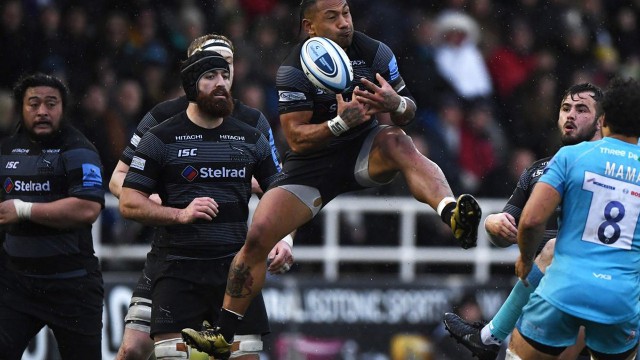