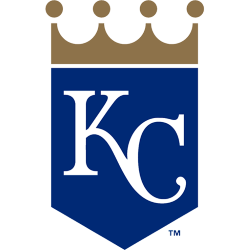 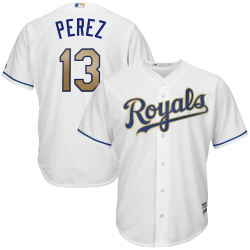 The Kansas City Royals are an American professional baseball team based in Kansas City, Missouri. The Royals are a member of the Central Division of Major League Baseball's American League. Since 1973, the Royals have played in Kauffman Stadium, formerly known as Royals Stadium. The Royals have participated in three World Series, winning the 1985 World Series and losing in 1980 and 2014.

Entering the American League as an expansion franchise in 1969, along with the Seattle Pilots, the club was founded by Kansas City businessman Ewing Kauffman. The franchise was established following the actions of Stuart Symington, then-United States Senator from Missouri, who demanded a new franchise for the city after the Athletics (Kansas City's previous major league team that played from 1955 to 1967) moved to Oakland, California in 1968.

The new team quickly became a powerhouse, appearing in the playoffs seven times from 1976 to 1985, winning one World Series championship and another AL pennant, led by stars such as George Brett, Frank White, Willie Wilson, and Bret Saberhagen. The team remained competitive throughout the mid-1990s, but then had only one winning season from 1995 to 2012. For 28 consecutive seasons, from 1986-2013, the Royals did not qualify to play in the Major League Baseball postseason, one of the longest postseason droughts during baseball's current expanded wild-card era. The team broke this streak in 2014 by securing the franchise's first wild card berth and advancing to the World Series. Kauffman Stadium (nicknamed "The K" and formerly known as Royals Stadium, is a Major League Baseball stadium located in Kansas City, Missouri, and home to the Kansas City Royals of the American League. Together with Arrowhead Stadium—home of the National Football League's Kansas City Chiefs, it is part of the Truman Sports Complex. Since July 2, 1993, the venue has been known as Kauffman Stadium in honor of the Royals' founding owner, Ewing Kauffman.

Kauffman Stadium was built specifically for baseball during an era where building multisport "cookie-cutter" stadiums was commonplace. It is often held up along with Dodger Stadium in Los Angeles as one of the best examples of modernist stadium design.

It is the only ballpark in the American League to currently be named after a person, Ewing Kauffman. It is also one of ten stadiums in Major League Baseball that does not have a corporate-sponsored name; the others are: Marlins Park, Turner Field, Yankee Stadium, Fenway Park, Wrigley Field, Oriole Park at Camden Yards, Dodger Stadium, Angel Stadium of Anaheim, and Nationals Park. (Kauffman, Wrigley, and Turner are named for the individuals and not the corporations they owned.) The stadium is 41 years old, making it the sixth-oldest stadium in Major League Baseball. Kauffman Stadium recently underwent a $250 million renovation, which began after the 2007 season and was completed in July 2009.