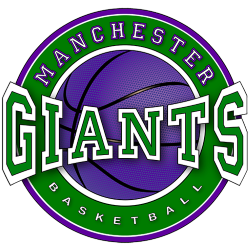 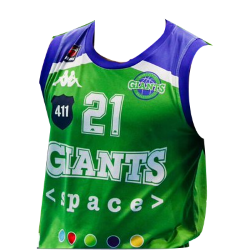 Manchester Giants are a British professional basketball team based in Manchester, England. The franchise was established in 2011, and admitted to the top-tier British Basketball League in 2012. The team's formation was led by Jeff Jones, a former player and coach of the previous team of the same name that folded in 2001 due to financial difficulties. As of 2014, the team play their home games at the 1,100-seat Trafford Powerleague Arena in the Trafford area of Greater Manchester.

History
Plans for a new Manchester-based British Basketball League franchise were first reported in spring 2011, initially with the city's English Basketball League outfit, Manchester Magic (headed by former NBA star John Amaechi), mooted as a possible candidate. However, after no formal bid was made, Magic's head coach Jeff Jones (a former player and coach of the Manchester Giants franchise that folded in 2001) put together a consortium to start a new professional basketball franchise and revive the Giants brand. A formal application to join the top-tier British Basketball League was made in January 2012, which was accepted and officially announced on 19 June, joining fellow new franchise East London Royals for the 2012–13 season. It was also announced that the new team would use the 900-seat capacity Wright Robinson College 'M18 Leisure' facility, in Gorton, as its venue for home fixtures, with a long-term plan to move to a 2,500-seat purpose-built venue as part of the redevelopment of the city's Eastlands area.

On 17 July, it was revealed via a link posted on Giants' Twitter account regarding team merchandise that the team would be wearing a purple, white and green themed kit, manufactured by Irish-based sportswear brand O'Neill's. On 19 August, media reports confirmed that the first player to sign for the new-look Giants was Nottinghamshire-born forward David Watts, who had previously played for Worcester Wolves. More signings were later unveiled with Manchester-born players Nathan Schall and Stefan Gill (formerly of Cheshire Jets and Milton Keynes Lions respectively) joining ex-Mersey Tigers star David Aliu and brothers Callum and James Jones (both sons of Giants coach Jeff Jones) in the line-up, whilst Great Britain international Nick George was rumoured to be a transfer target. Former Giants star Mike Bernard was also confirmed as a new recruit along with young prospect Devan Bailey, just days before the start of the new campaign.


Wright Robinson College arena
The new-look Giants played their first competitive game against London Lions on 21 September 2012, at their home venue at Wright Robinson College. A sell-out crowd witnessed a tight one-point victory in favour of the Giants, winning 85–84, with James Jones posting 29 points for the home team. The following week, a convincing 99–87 victory at home to Sheffield Sharks meant Giants had opened the season with a 100% record, however their form soon dipped as the new team recorded only one win in the subsequent 12 games. Former Great Britain Under-23 international Ben Eaves was signed at the end of October in a bid to improve Giants' fledging squad, whilst a deal to sign long-term target Nick George was eventually agreed in December. The team's form gradually started to improve throughout the winter with victories against Durham Wildcats, local rivals Cheshire Phoenix and Mersey Tigers, as well as back-to-back home wins over title-chasing Surrey Heat in January and February 2013. It was announced on 19 February that Nick George had departed the club after making only six appearances. Giants continued with their resurgent form in a bid for a top-eight finish and a place in the end-of-season Play-offs, taking it down to the penultimate game of the regular season. However an 85–87 home defeat to fellow Play-off chasers London Lions – despite a heroic comeback from the Giants who were down 19 points at the start of the fourth quarter – saw Lions take eighth-place and the final Play-off spot, consigning Giants to a ninth-place finish in their rookie season.

Throughout the 2013 off-season the club announced several new partnerships and projects in the Manchester area, including the launch of a basketball academy with The Manchester College and a development partnership with Stockport Falcons basketball club. The team continued its policy of signing locally-produced players with the unveiling of Keith Page as the teams first new signing for the 2013–14 season, replacing Devan Bailey. The roster was also bolstered with the signing of veteran Yorick Williams, a stalwart of the previous Giants franchise, as well as Robert Marsden from Leeds Carnegie, Spanish forward Iker Amutxastegui and French swingman Papis Sambe. Nigeria international Jayson Obazuaye was also brought in by Coach Jones, but his transfer fell through due to the club not receiving international clearance for the player. The team improved on their rookie season performance with a 14–19 record during the regular season and qualified for the post-season Play-offs for the first time. The seventh-seeded Giants were drawn in a two-game series against the second-seed Sheffield Sharks in the Quarter-finals. The first game saw the Giants edged out by the Sharks, 60–63, at the Wright Robinson College arena, whilst the second game in Sheffield finished in a rare stalemate between the two rivals, ending 78–78. Due to Sharks' three-point advantage in the first leg, they advanced from the series with an aggregate score of 141–138. There was some success for the team however, as three Giants players were recognised in the BBL's End of Season awards honours, with David Aliu, James Jones and rookie Robert Marsden all selected as part of the Molten British Team of the Year.

The Giants management announced in June 2014 that the team would be leaving Wright Robinson College and switching to a new home venue, the 1,100-seat Trafford Powerleague Arena, for the start of the 2014–15 season.