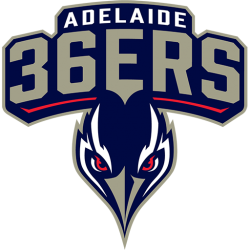 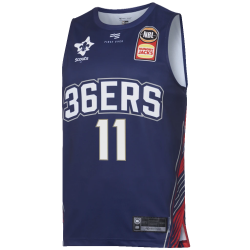 The Adelaide 36ers (also well known as the Sixers) are an Australian professional men's basketball team that competes in the National Basketball League (NBL). The 36ers are the only team in the league representing the state of South Australia and are based in the state capital, Adelaide. The club was originally called the Adelaide City Eagles when they joined the NBL in 1982, but changed their name to the 36ers the following year. The 36ers nickname comes from the fact that the Colony of South Australia was officially proclaimed on 28 December 1836. They play their home games at the Titanium Security Arena in the suburb of Findon, known as the "Brett Maher Court" within the NBL.

The 36ers' tally of four championships is equal with Melbourne United and the New Zealand Breakers, and second only behind the Perth Wildcats as the most by any club in the NBL's history. It is the home stadium for the Adelaide 36ers of the NBL and the Adelaide Lightning of the WNBL while it is the alternate venue for Adelaide's National Netball League (Suncorp Super Netball) team the Adelaide Thunderbirds.

Although it can be a multipurpose venue catering to both sports and other events, the Titanium Security Arena is currently the largest arena in Australia primarily built for basketball, and as of the 2016–17 NBL season is the 6th-largest out of 11 venues currently used in the league, though it remains the only basketball specific venue. The arena is also the largest venue currently used in the WNBL and the 4th largest to be used in the upcoming Suncorp Super Netball season in 2017 (the Thunderbirds used the Arena in the previous ANZ Championship in 2016).

Although the arena has not been known as the Clipsal Powerhouse since 2002, many fans in Adelaide still associate the name with the venue and often refer to is as "The Powerhouse".