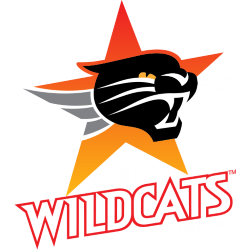 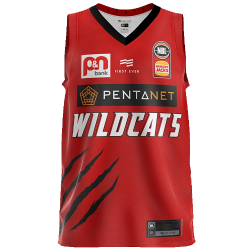 After three years of strong lobbying to the NBL, the creation of a national basketball team in Perth finally occurred in 1982. The Westate Wildcats were established and played out of the 800-seat Perry Lakes Basketball Stadium. Interest in basketball steadily grew throughout the community and in 1984 the Westate Wildcats became the Perth Wildcats. The Wildcats have gone on to become the highest-drawing and most successful team in the league, having won NBL championships in 1990, 1991, 1995, 2000, 2010, 2014, 2016 and 2017, placing the team three ahead of Melbourne United, who has five championships. Since 1987, the Wildcats have made 32-straight post-season appearances, an accomplishment matched by no other professional sports team in Australia. Perth Arena (also known by naming rights as RAC Arena) is an neofuturistic entertainment and sporting arena in the city centre of Perth, Western Australia, used mostly for basketball matches. It is located on Wellington Street near the site of the former Perth Entertainment Centre, and was officially opened on 10 November 2012. The Perth Arena is the first stage of the Perth City Link, a 13.5 hectare major urban renewal and redevelopment project which involves the sinking of the Fremantle railway line to link the Perth central business district directly with Northbridge.