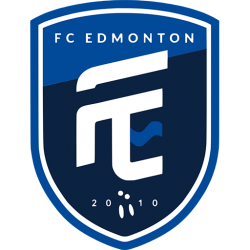 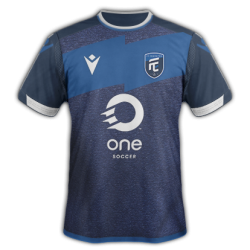 FC Edmonton is a Canadian professional soccer club based in Edmonton, Alberta. The club has competed in the Canadian Premier League since the league's inaugural season in 2019. The club previously competed in the North American Soccer League (NASL) from 2011 to 2017, then went on hiatus when NASL ceased competitive operations before the cancelled 2018 season. From 2012 onward, FC Edmonton's home field has been Clarke Stadium.

Clarke Stadium is a multipurpose facility located in Edmonton, Alberta, Canada. The stadium was originally used for Canadian football. Over the years different sports have participated at the site. Presently, it is the home of the Edmonton Huskies and the Edmonton Wildcats of the Canadian Junior Football League, and FC Edmonton of the Canadian Premier League.

History
The stadium was originally built in 1938 and named for then-Mayor Joseph Clarke. It was built on land deeded to the City for the purpose of constructing public sports fields by Prime Minister Mackenzie King (a personal friend of Clarke). The original Clarke Stadium accommodated approximately 20,000 fans in the spartan conditions consistent with its era. The seating area consisted of two grandstands on opposing sidelines. Some "endzone" stands were added years later. The stadium hosted the Edmonton Eskimos of the Canadian Football League from 1949 to 1978, following which the team moved to Commonwealth Stadium, which had been built adjacent to Clarke Stadium in preparation for the 1978 Commonwealth Games. It was used for local and minor league sporting events after the departure of the Eskimos.

Remodelling
The facility was almost completely demolished on June 1, 2000 and rebuilt as a 'secondary' stadium for events of the 2001 World Championships in Athletics hosted in Edmonton. It was redesigned with approximately 1,200 seats in a single grandstand. The original grass playing surface was also replaced with artificial turf to allow for greater usage as part of the facility upgrade. The stadium is currently used for university, minor and intramural sports. Clarke Park, as the remodelled stadium is often known, is also used for concerts and other events. Including the playing surface, the capacity of the stadium grounds can exceed 6,000 for concerts and non-sporting events.

The Edmonton Brickmen of the 1980s and 90s also played at the stadium but played most matches at John Ducey Park, which was primarily a baseball diamond.

FC Edmonton began playing their North American Soccer League home games at Clarke Stadium with the 2012 season. In May 2013, construction was completed to expand the stadium's capacity to 5,000, using temporary seating. In August 2013, NASL Commissioner Bill Peterson and representatives of FC Edmonton met with officials of the City of Edmonton to discuss the installation of artificial turf, as the final step in converting the facility into a more soccer-specific stadium, while still allowing for other use. The conversion of the turf was completed in time for the 2014 season. The stadium was further renovated in advance of the 2019 CPL season, with seating increased to 5,148 and the block of temporary stands from 2013 removed in favor of permanent seating, with stands now added behind both goals along with pitch side tables beside both teams dugouts.