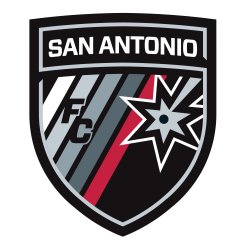 San Antonio FC is a professional soccer team based in San Antonio, Texas. It competes in the USL Championship (USLC), the second-highest level of the United States soccer league system, as a member of the Western Conference. The team was awarded the thirty-first USL franchise on January 7, 2016.

Toyota Field is a soccer-specific stadium in San Antonio, Texas, United States. Located next to Heroes Stadium, and adjacent to the STAR Soccer Complex and Morgan's Wonderland, the facility opened on April 13, 2013. The stadium is the home of San Antonio FC and has a capacity of 8,296 for soccer matches and 13,000 for concerts and festivals. The stadium was the home of the San Antonio Scorpions of the North American Soccer League until the team's dissolution following the 2015 season. The stadium is expandable to 18,000+ seating capacity in three phases and is currently built to its Phase 1 design. Toyota Motor Corporation currently holds the sponsor naming rights for the facility.