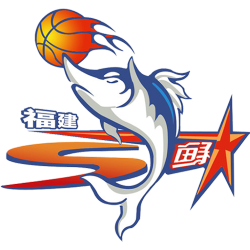 Fujian SBS Xunxing Sturgeons (Simplified Chinese: 福建SBS浔兴鲟) or Fujian Xunxing or Fujian SBS are a Chinese professional men's basketball team in the Chinese Basketball Association, based in Jinjiang, Quanzhou, Fujian. The "SBS" reflects corporate sponsorship from the Jinjiang-based Fujian SBS Zipper Science and Technology Corporation. Unlike all the other teams in the CBA, the team originally had no English–friendly animal–type nickname. They have since begun using the name Sturgeons.

The Fujian Sturgeons made their debut in the 2004–2005 season, and finished in seventh and last place in the South Division, out of the playoffs. In 2005–2006, they tied for fifth, just one win away from making the playoffs.

Zuchang Gymnasium is an indoor sporting arena located in Jinjiang, Fujian, China. The capacity of the arena is 6,000 spectators and opened in 2002. It hosts indoor sporting events such as basketball and volleyball. It hosts the Fujian Xunxing of the Chinese Basketball Association.