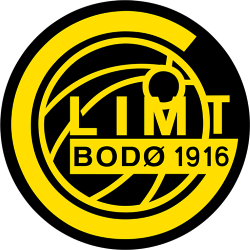 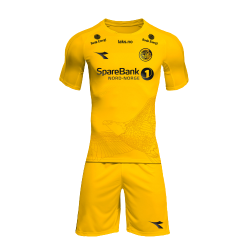 FK Bodø/Glimt is a Norwegian football club from the town of Bodø and was founded in 1916. Its nickname is the original club name: Glimt.

Glimt are known for their yellow kits and the huge yellow toothbrushes that the supporters carry to the matches — a supporter symbol from the 1970s. They were relegated at the end of the 2005 season, but returned to the top division on November 12, 2007, with a 4–2 aggregate victory over Odd Grenland in a playoff.

Their supporters are known as "Den Gule Horde" (Norwegian for The Yellow Horde). Aspmyra Stadion is a football stadium in Bodø, Norway. Home of Bodø/Glimt and Grand Bodø, it holds a capacity for 7,354 spectators. The venue has three stands: a modern all-seater with roof, 100 club seats and 15 luxury boxes to the south, an unroofed all-seater to the east and an older grandstand with mixed sitting and standing to the north. The venue has floodlights and artificial turf with under-soil heating. Immediately south of the venue lies Aspmyra kunstgressbane, a training pitch with artificial turf. Aspmyra Stadion has hosted one Norway national football team match, against Iceland in 2002.

The venue opened in 1966 as a municipal multi-purpose stadium which included a running track. Glimt reached the top-flight in 1977, and played Cup Winners' Cup matches in the late 1970s at Aspmyra. The venue had a slight upgrade in 1980, which also saw the laying of all-weather running track and the construction of the training pitch. In 1992, the pitch was resowed, forcing Glimt to play a season in Nordlandshallen, which since has been used twice for Norwegian Premier League matches. Aspmyra Stadion was sold to Glimt in 1997, followed by the construction of the south and east stands. This involved removing the running track and building commercial and residential properties around the venue. Artificial turf was laid in 2006. After the club received illegal public subsidies in 2008 had to upgrade the venue, it was in 2011 sold back to the municipality. 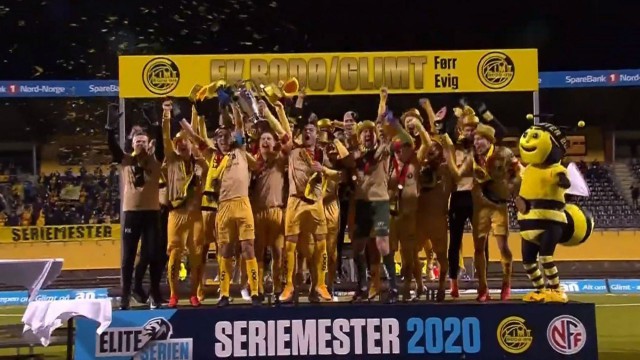