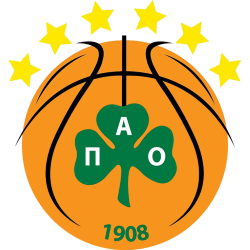 Panathinaikos BC vs Lavrio BC (06 Dec)