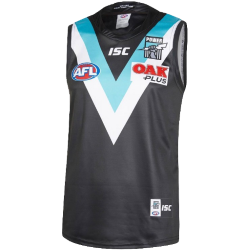 Since the club's first game on 24 May 1870, it has won 36 South Australian league premierships, including six in a row. The club also won the Champions of Australia competition on a record four occasions. In 1997, the club joined the Australian Football League as the only pre-existing non-Victorian club—and subsequently added the 2004 AFL Premiership to its achievements.