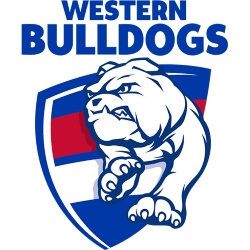 The club has its headquarters and practices at the Whitten Oval in Footscray, an inner-western suburb of Melbourne, Australia. The club draws its supporter base from this traditionally working class area and plays its home matches at Docklands Stadium (currently known as Etihad Stadium) in the Melbourne Docklands area, also in the city's inner-west. In October 1996, the club began to play under its current name of the "Western Bulldogs", changing from its original name of the "Footscray Football Club". The Whitten Oval underwent a A$20 million redevelopment starting in 2005 to improve the club's headquarters and training facilities.