The Renegades averaged 13,323 fans to their home games for the inaugural BBL season, and 13,406 supporters in their second BBL season. The average attendance increased by a huge margin in the third season when they registered an average crowd of 21,929. The fourth season had even better average crowd of 22,324 fans for their home matches. Originally built as a replacement for Waverley Park, the stadium is primarily used for Australian rules football and is the headquarters of the Australian Football League (AFL) which, since 7 October 2016, has had exclusive ownership of the venue. Also headquartered in the stadium precinct is Seven Network's digital broadcast centre.

The stadium also hosts a number of other sporting events, including some domestic Twenty20 cricket matches, Melbourne Victory soccer home matches, one-off rugby league and rugby union matches as well as number of special events and concerts. The stadium was announced on 31 October 1996 as a replacement for the much larger Waverley Park as a headquarters for the Australian Football League. Originally developed by the Docklands Stadium Consortium and thereafter controlled by the Seven Network, the remaining leasehold interest in the stadium was sold to James Fielding Funds Management on 21 June 2006 for A$330 million. Under the terms of the agreement governing construction and operation of the venue, in 2025 the AFL were to win ownership of the stadium for a $30 fee.

Docklands Stadium, like Waverley Park, was built primarily for Australian rules football, unlike most grounds of a similar size in Australia which were originally designed for cricket.

The first match to be played at the ground was between Essendon and Port Adelaide, before a crowd of 43,012, in Round 1 of the 2000 AFL season. Essendon won the match by 94 points.

The stadium was the first stadium in Australia to have movable seating. All four level-one tiers of the stadium can be moved up to 18 metres forward into a rectangular configuration. It was first used for a Melbourne Storm game in July 2001. Despite the seating being a key feature of the stadium, it has rarely been used, citing damage to turf, time to deploy the seats and a reduced capacity (the corners of the stadium in level 1 are not movable).

Docklands Stadium first featured rugby league football when it was used as the Melbourne Storm's home ground for one season in 2001. The Storm continued to play home games at the ground sporadically in the following years. Docklands was also the venue for the third and deciding game of the 2006 State of Origin series and Australia's home game against New Zealand in the 2006 Tri-nations series. During the 2008 Rugby League World Cup Australia played England at the stadium and the opening games of the 2009 and 2012 State of Origin series were also played here, the latter attracting 56,021, a new record for rugby league at the stadium.

In 2015, LED electronic advertising was added around the perimeter of the ground on level 1 and 2.

On 24 October 2015, the stadium hosted Motorcycle speedway when it played host to the 2015 Speedway Grand Prix of Australia (on a 346 metres (378 yards) long temporary track) which was the twelfth and final round of the 2015 Speedway Grand Prix World Championship season. It was the first time Australia had hosted a round of the SGP event since the final round of the 2002 season in Sydney. With stadium capacity capped at 42,000 for the event, 26,609 fans saw 45 year old American rider Greg Hancock take out his 20th SGP Final (coincidentally, Hancock had also won the 2002 event). Danish rider Niels-Kristian Iversen finished second with Poland's Maciej Janowski finishing third. Reigning Australian Champion Jason Doyle qualified for the final but was outed in a crash in the first turn in which he suffered neck and chest injuries. A fully conscious Doyle was then transported to the Royal Melbourne Hospital for observation.

In March 2016, it was announced that Collingwood president Eddie McGuire had taken a proposal to the state government for the stadium to be sold for redevelopment when the AFL gain ownership of the stadium in 2025, with a new similar size stadium built within the Melbourne Sports and Entertainment Precinct. The plan was rejected by the AFL. Prior to the start of the 2016 AFL season the seats in the Medallion Club were replaced. The old seats in the Medallion Club section were relocated to other areas in the ground.

On 7 October 2016, the AFL Commission announced that the league had acquired exclusive ownership of the stadium. The league elected to buy out the Etihad Stadium owners for a figure believed to be approximately $200 million, rather than wait until 2025 when the league would automatically acquire ownership of the venue for $30. 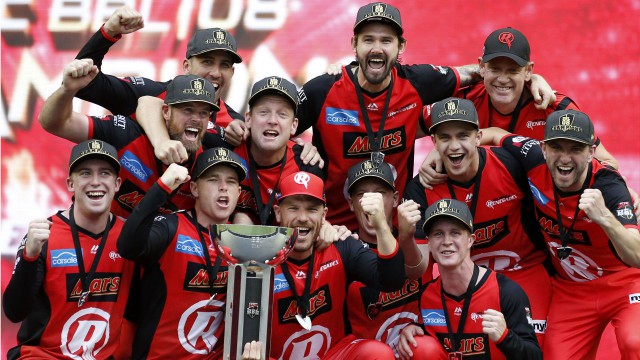