Warwickshire County Cricket Club is one of eighteen first-class county clubs within the domestic cricket structure of England and Wales. It represents the historic county of Warwickshire. Its 50 overs team is called the Warwickshire Bears and its T20 team the Birmingham Bears. Founded in 1882, the club held minor status until it was elevated to first-class in 1894 pending its entry into the County Championship in 1895. Since then, Warwickshire have played in every top-level domestic cricket competition in England. Warwickshire's kit colours are black and gold and the shirt sponsor is Gullivers Sports Travel. The club's home is Edgbaston Cricket Ground in south Birmingham, which regularly hosts Test and One Day International matches. Edgbaston Cricket Ground, also known as the County Ground or Edgbaston Stadium, is a cricket ground in the Edgbaston area of Birmingham, England. It is home to Warwickshire County Cricket Club, and is also used for Test matches, One Day Internationals and Twenty20 Internationals. Edgbaston has also hosted the T20 domestic finals day more than any other cricket ground.

Edgbaston was the first English ground outside Lord's to host a major international one day tournament final when it hosted the ICC Champions Trophy final in 2013. With permanent seating for approximately 25,000 spectators, it is the fourth-largest cricketing venue in the United Kingdom, after Lord's, Old Trafford and The Oval.

Edgbaston was the venue of the first senior game under floodlights in English cricket in July 1997 between Warwickahire and Somerset in the then AXA Life Sunday League and hosted the first day/night Test match in England in August 2017 when England played the West Indies. 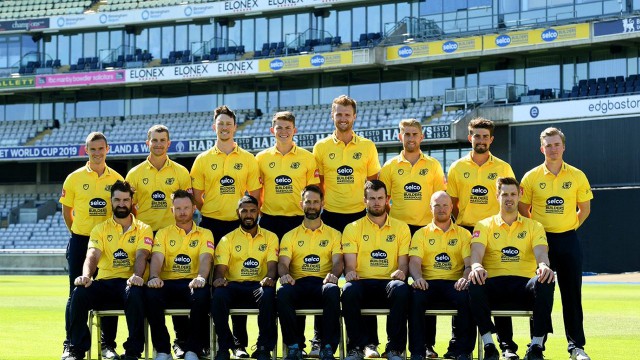