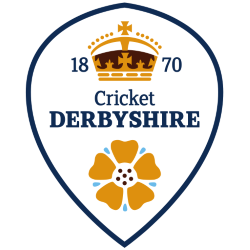 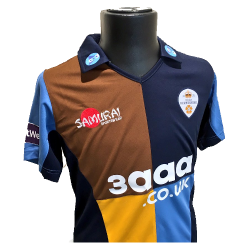 Derbyshire County Cricket Club is one of eighteen first-class county clubs within the domestic cricket structure of England and Wales. It represents the historic county of Derbyshire. Its limited overs team is called the Derbyshire Falcons in reference to the famous peregrine falcon which nests on the Derby Cathedral (it was previously called the Derbyshire Scorpions until 2005 and the Phantoms until 2010). Founded in 1870, the club is classified by substantial sources as holding important match status from its first match in 1871 until 1887. Because of poor performances and lack of fixtures in some seasons, Derbyshire then lost its important status for seven seasons until it was invited into the County Championship in 1895. Derbyshire is classified as an official first-class team from 1895 by Marylebone Cricket Club (MCC) and the County Championship clubs; classified as a List A team since the beginning of limited overs cricket in 1963; and classified as a senior Twenty20 team since 2003.

Simon Storey, Chief Executive of Derbyshire County Cricket Club.
Simon Storey, Chief Executive of Derbyshire County Cricket Club.
The club is based at the County Cricket Ground, previously known as the Racecourse Ground, in the city of Derby. In 2006, for the first time in eight years, County Cricket returned to Queen's Park, Chesterfield with a County Championship game against Worcester and a One Day League game against Surrey. Other first-class cricket grounds used in the past have included Buxton, Saltergate in Chesterfield, Heanor, Ilkeston, Blackwell, Abbeydale Park in Sheffield, Wirksworth and Burton upon Trent (3 grounds), which is actually in Staffordshire. One-day contests have been played at Darley Dale, Repton School, Trent College, Leek, Staffordshire and Knypersley (also in Staffordshire). The County Cricket Ground (known as the 3aaa County Ground for sponsorship reasons; usually shortened to the County Ground and also known as the Racecourse Ground) is a cricket ground in Derby, England. It has been the home of Derbyshire County Cricket Club since 1871. The ground was first used by South Derbyshire Cricket Club in 1863 and was initially located within Derby Racecourse, although racing ceased after 1939. The ground has staged two One Day Internationals: New Zealand against Sri Lanka during the 1983 World Cup and New Zealand against Pakistan during the 1999 World Cup. It will be one of the venues for the 2017 Women's Cricket World Cup.

The ground was also formerly used for football, and was the home of Derby County F.C. between 1884 and 1895. It staged the first ever FA Cup Final match played outside London, a replay of the 1886 Final, and hosted an international match between England and Ireland in 1895.

The ground was first used by South Derbyshire Cricket Club in 1863 and was initially located within Derby Racecourse, although racing ceased after 1939.

It also held the games of Derby County Football Club until their move to the Baseball Ground in 1895. The first FA Cup final outside London was held at the ground in 1886 when Blackburn Rovers beat West Bromwich Albion 2-0 in a replay. England played one football international here, beating Ireland 9-0 in the British Home Championship on 9 March 1895.

The playing area used to feature pitches laid on an east–west axis. Most first-class grounds feature pitches laid north–south to avoid problems with the light from the setting sun. Derbyshire re-laid the pitch on a north–south axis over the 2009/10 winter at a cost of £100,000, ready for the 2010 season. This involved moving some of the floodlights and the electronic scoreboard to suit the new alignment.


A view of the new stand during the Derbyshire v Australia tour match - 9 July 2010
In early 2010 a large 1800 seat stand was erected at the North (Racecourse) end of the ground. This stand was taken down in late 2015 in order to make way for a new £2.2 million 4 storey media centre, which was completed and officially opened in September 2016. Some 1100 seats were immediately reinstated at the opposite (Pavilion) end of the ground, with the remaining being reinstated next to the new media centre once complete. In February 2017 Derby Civic Society awarded a commendation in the category of Best New Build of 2016 to Derbyshire County Cricket Club for the new media centre.

A new marquee was also built in 2010, next to the media centre which is used for private functions and entertainment during match days.

In 2014 Derbyshire County Cricket Club signed a sponsorship agreement with Derbyshire-based apprenticeship training business Aspire Achieve Advance Ltd (3aaa). This deal resulted in the County Ground being renamed The 3aaa County Ground for the next three years. When spoken this is pronounced 'three-a'.

In February 2016, it was announced that the County Ground would be one of the host venues for the 2017 Women's Cricket World Cup in England. Along with Bristol, Derby will host one of the semi finals of the tournament. 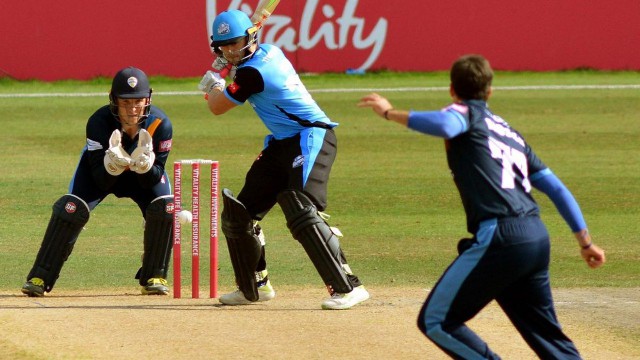 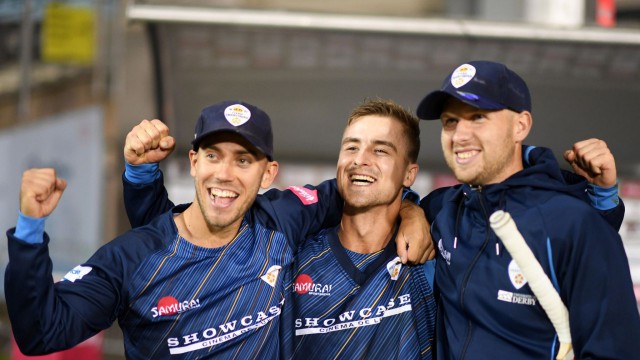