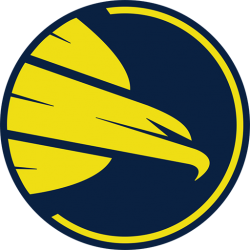 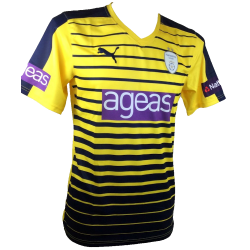 Hampshire County Cricket Club is one of eighteen first-class county clubs within the domestic cricket structure of England and Wales. It represents the historic county of Hampshire. Hampshire teams formed by earlier organisations, principally the Hambledon Club, always had important match status and so the county club was rated accordingly from its inception in 1863 until 1885. Because of poor performances for several seasons, Hampshire then lost its status for nine seasons until it was invited into the County Championship in 1895. Hampshire is classified as an official first-class team from 1895 by Marylebone Cricket Club (MCC) and the County Championship clubs; classified as a List A team since the beginning of limited overs cricket in 1963; and classified as a senior Twenty20 team since 2003.

The club was founded in 1863 and played at the Antelope Ground, Southampton until 1885. They relocated to the County Ground, Southampton until 2000, before moving to the purpose-built Rose Bowl in West End, which is in the Borough of Eastleigh. Hampshire played its first important match in 1864, losing to Sussex at the Antelope Ground. Hampshire had poor results for many seasons and lost its important match status in 1885. They achieved official first-class status in 1895 when they were invited to join the County Championship. The club has twice won the County Championship, in the 1961 and 1973 seasons.

Hampshire played their first one-day match in the 1963 Gillette Cup, but did not win their first one-day silverware until 1975 when they won the Sunday League which it won twice more, in 1978 and 1986. It has twice won the Benson & Hedges Cup, in 1988 and 1991; the Cheltenham & Gloucester Trophy once in 2005 and the Friends Provident Trophy once in 2009. Having first played Twenty20 cricket in 2003, Hampshire won the Friends Provident t20 in 2010. The County Championship was restructured in 2000, and at the end of the 2002 Hampshire was relegated for the first time. The club remained in the second division for three seasons and since 2004 had competed in the top tier. However, the club was relegated once more in 2011. The club won both the Friends Life t20 and ECB 40 in 2012, but it wasn't until 2014 before they were promoted to the first division again. They narrowly avoided relegation in 2015 before being relegated again in 2016, only to be reprieved after Durham were relegated after taking ECB sanctions to secure their future.

Phil Mead is the club's leading run-scorer with 48,892 runs in 700 matches for Hampshire between 1905 and 1936. Fast bowler Derek Shackleton took 2,669 wickets in 583 first-class matches between 1948 and 1969 which remains a club record. Alec Kennedy, whose career lasted from 1907 to 1936, was the first player to score 10,000 runs and take 1,000 wickets for Hampshire. Colin Ingleby-Mackenzie was both Hampshire last amateur captain and first professional captain. The Rose Bowl (known for sponsorship reasons as the Ageas Bowl) is a cricket ground in West End, Hampshire, England, located between the M27 motorway and Telegraph Woods, on the edge of West End. It is the home of Hampshire County Cricket Club, who have played there since 2001.

The ground was constructed as a replacement for Hampshire's previous home ground, the County Ground in Southampton, which had been Hampshire's home ground since 1885. Hampshire played their first first-class match at the ground against Worcestershire on 9–11 May 2001, with Hampshire winning by 124 runs. The ground has since held international cricket, including One Day Internationals, with the ground hosting some of the matches in the 2004 Champions Trophy. Two Twenty20 Internationals have also been played there, as well as Test matches in 2011 and 2014, which saw England play Sri Lanka and India respectively.

In order to be able to host Test cricket, the ground underwent a redevelopment starting in 2009, which saw the stands built to increase capacity and other construction work undertaken to make the hosting of international cricket at the ground more viable. The end names are the Pavilion End to the south and the Northern End to the north. Following Hampshire County Cricket Club finding itself in financial trouble in 2011, the ground was sold to Eastleigh Borough Council for £6.5 million in January 2012.