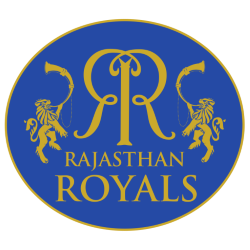 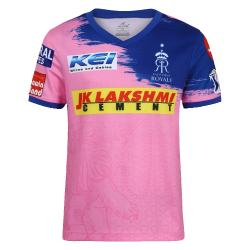 The Rajasthan Royals (often abbreviated as RR) is a cricket team in the Indian Premier League from the city of Jaipur, suspended till the 2017 season. Founded in 2008 as one of the initial eight IPL franchises, the Royals are owned by Manoj Badale. The team played its home matches at the Sawai Mansingh Stadium in Jaipur and also had secondary home grounds at the Sardar Patel Stadium at Ahmedabad and the Brabourne Stadium at Mumbai.

The Royals are often considered as the Moneyball team of the IPL. The Royals are known to unearth obscure exciting talent. The team won the inaugural edition of the IPL under the captaincy of Shane Warne, despite being written off as a title contender by the media and fans. The Royals were also the runners-up of the 2013 Champions League Twenty20 under Rahul Dravid's captaincy.

On 14 July 2015 the verdict reached by a panel appointed by India's Supreme Court suspended Rajasthan Royals plus fellow Indian Premier League side Chennai Super Kings for two years over a corruption and match fixing scandal, meaning they could not participate in both the 2016 and 2017 IPL tournaments. Sardar Patel Gujarat Stadium (Gujarati: સરદાર પટેલ સ્ટેડીયમ; Motera Stadium) is one of the premier cricket stadiums of India in the Motera locality of Ahmedabad. Because of its location, the stadium is commonly called 'Motera Stadium' to avoid confusion with another stadium of the same name in Navrangpura, Ahmedabad. Sardar Patel stadium is owned by Gujarat Cricket Association and comes under the aegis of the West Zone. It is the largest stadium in the state of Gujarat with an official capacity of 49,000 spectators. It is equipped with floodlights for day-and-night games and is a regular venue for Test cricket and One Day Internationals (ODI) matches. It is currently undergoing redevelopment after being demolished completely in late 2015. The new stadium will be the largest cricket stadium in the world with a seating capacity of 110,000 spectators, overtaking the Melbourne Cricket Ground in Australia.

Apart from cricket, the ground has played host to a number of programs arranged by the Government of Gujarat. The pitch once favoured the bowlers but has lately been host to competitive games. As of December 2011, the Motera stadium had played host to 23 ODI matches. In India, only Eden Gardens (26 ODI matches) has hosted more ODI matches than Motera Stadium. The stadium was one of the host venues for 2011 Cricket World Cup held in India. It hosted three matches, including a quarter final match between India and Australia.

Formerly known as the Gujarat Stadium, the ground was renamed in tribute to Sardar Vallabhbhai Patel, India's first Home Minister and Deputy Prime Minister. Before the Motera Stadium came into existence, international cricket matches in the city were played at Ahmedabad Municipal Corporation's stadium of the same name (Sardar Patel Stadium) in the Navrangpura area. In 1982, the government of Gujarat donated a 50-acre (200,000 m2) stretch of land on the banks of the Sabarmati River for the construction of new stadium. The construction of the Sardar Patel Stadium was carried out in a span of nine months. Since then all International cricket fixtures for the city are hosted here. Later in the 1984–85 Australia-India series, Sardar Patel Stadium hosted its first ODI, one in which Australia beat the Indians.

Sunil Gavaskar became the first-ever cricketer to score 50 runs in Test cricket on this ground — a feat he achieved against Pakistan in 1987. Seven years later Kapil Dev claimed his 432nd Test wicket on this ground to become the highest wicket taker in the world, breaking Sir Richard Hadlee's record for the most number of wickets in Test matches here. Before he became the highest wicket taker, Kapil Dev made a nine-wicket haul in his career here at the Motera ground. In 1996, the ground hosted a low-scoring Test match against South Africa, where the visitors faltered while chasing a paltry 170 for a win to end up at 105 all out. Javagal Srinath scalped six wickets in the fourth innings of the match. However, South Africa had their revenge when they bowled India out for 76 runs in the first session of the Test match in 2008 and then went on to win it by an innings and 90 runs. Sachin Tendulkar became the first-ever cricketer to score 18,000 runs in One day cricket in a match against Australia during 2011 Cricket World Cup.

The stadium was one of the venues for the 2006 edition of the ICC Champions Trophy, with five of the 15 games being played here. It has hosted one game in each of the two Cricket World Cups that were played in the country, including the first match of the 1996 World Cup between England and New Zealand.

In October 2015, the stadium was demolished to allow for a big scale renovation. The revamped stadium has been planned to be like the Melbourne Cricket Ground.

In December 2016, the construction work of the stadium was handed over to the construction company L&T Also, it was confirmed that the new stadium will indeed be the largest cricket stadium in the world, with a capacity of 110,000 spectators (overtaking the Melbourne Cricket Ground, with 100,024 official capacity). It will be spread across 63 acres of land, with three entry points as opposed to just one in the old stadium. Additionally, it will contain 76 corporate boxes, an Olympic sized swimming pool, and 4 dressing rooms. On 16th January foundation stone laying was held by Gujarat Cricket Association and work started on the ground. The stadium will be ready in 2 years, and the reconstruction project is estimated to cost around ₹ 7 billion

With increased area of 63 acres, the stadium will be able to accommodate several other required features, like enhanced parking for 3,000 cars and 10,000 two-wheelers, and a clubhouse with 55 rooms. The initial designs also show 3 practice grounds located adjacent to the main site. It has been hinted that the name of the stadium may change upon its completion. 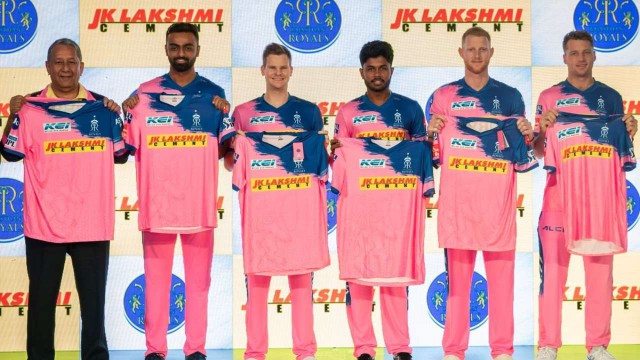