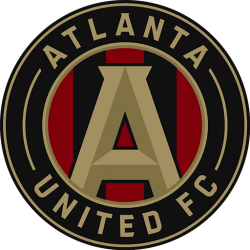 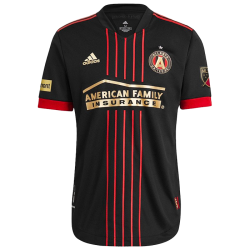 Atlanta United FC is an American professional soccer club based in Atlanta, Georgia, that began play in 2017 as a member of the Eastern Conference of Major League Soccer. The club, which was announced by the league as an expansion franchise on April 16, 2014, is owned and operated by Home Depot co-founder and Atlanta Falcons owner Arthur Blank. The team currently plays at Bobby Dodd Stadium, and is scheduled to move on July 30, 2017 to Mercedes-Benz Stadium.

As the largest metropolitan area without an MLS franchise, Atlanta Falcons owner Arthur Blank's AMB Group submitted a bid in 2008 for an expansion franchise, but withdrew the bid in early 2009 due to its inability to get a stadium built. Despite the withdrawal of the bid, Dan Courtemanche, MLS's executive vice president, said on July 10 that regular discussion with Blank regarding Atlanta's potential as expansion market were occurring.

In May 2012, while the Falcons' proposed new stadium was going through the approval process, MLS Commissioner Don Garber cited Atlanta as one of three "intriguing" markets for future league expansion. Additionally, when Blank presented his case for a new stadium at the Falcons' annual meeting with season ticket holders, he stated that an additional benefit of the stadium was that it could help attract a Major League Soccer franchise and potentially host World Cup matches. Later that year, in November, Garber said that if the Falcons could complete plans for a new stadium, MLS would "try to figure out how an MLS team could be part of their plans."

Rich McKay, Falcons president and CEO, said in 2013 that the team was "open to various options, including ownership of a team or someone else owning a team". Dan Courtemanche said, "We are big believers in the Atlanta market," and cited the city's growing Hispanic population and corporations that could serve as its sponsors. Then, in March 2013, the city and the Falcons agreed to financing terms, and in May 2013, the Georgia Department of Economic Development board approved $30 million in bonds to finance the land purchase for the new stadium. The stadium was set to open in 2017 and could be configured for professional soccer. Atlanta remained at the top of the list for an MLS expansion team, as Garber, in the December 2013 MLS State of the League address, emphasized that it was a goal to continue to expand in the southeast, and added, "if we can continue to advance our discussions positively with Arthur and the Falcons, we hope to be able to get a situation finalized so that could potentially be our second team. Orlando being the first, maybe Atlanta or Miami would be the second or the third." In December 2013, Garber said the league was making progress in discussions with the Falcons and that the stadium situation was finalized. Negotiations continued with Courtemanche saying in January 2014 that Atlanta "remains a great prospect for MLS expansion," and in February 2014, Rich McKay confirming the parties were "far along in negotiations."

Finally, on April 16, 2014, Blank announced that MLS had awarded an expansion franchise to his group to begin play in 2017. Atlanta became the second franchise awarded in the southeastern United States in five months, following the Orlando City SC announcement in late 2013. The Southeast had been without any MLS team since the Miami Fusion and Tampa Bay Mutiny clubs were dissolved in 2001.

Atlanta lost their first regular season MLS game 2–1 to New York Red Bulls at Bobby Dodd Stadium with 55,297 in attendance. Yamil Asad scored the goal, becoming the first goalscorer in club history. A week later, they registered their first MLS win on the road with a 6–1 away defeat of fellow expansion team Minnesota United FC. Atlanta United registered their first MLS home win on March 18, 2017 against Chicago Fire who were down to ten men in the eleventh minute, with a 4–0 final score front of a sold-out Bobby Dodd Stadium. The Mercedes-Benz Stadium is a multi-purpose retractable roof stadium located in Atlanta, Georgia. The home of the Atlanta Falcons of the National Football League (NFL) and Atlanta United FC of Major League Soccer (MLS), it replaced the adjacent NFL indoor arena Georgia Dome, the Falcons' home stadium for a quarter century, from 1992 through 2016. Mercedes-Benz stadium holds the record of the world's largest halo board and is one of few football stadiums with retractable roofs.

The stadium is owned by the state of Georgia through the Georgia World Congress Center Authority, and operated by AMB Group, the parent organization of the Falcons and Atlanta United. The total cost was estimated at $1.6 billion, as of June 2016. The stadium officially opened on August 26, 2017 with a Falcons preseason game against the Arizona Cardinals, despite the retractable roof system being incomplete at the time.