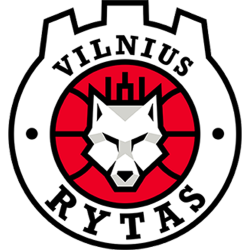 BC Lietuvos rytas vs BC Lietkabelis (26 May)

They also have a farm club Perlas, which is used for the development of young players and plays in the second-tier NKL.

More important or highly anticipated matches in the LKL, as well as all home fixtures in European competitions (such as the EuroLeague or EuroCup), are played in the Siemens Arena. Women basketball team Kibirkštis Vilnius also plays in Lietuvos Rytas arena. Past tenants include now dissolved Lithuanian and European women's basketball powerhouse Teo and Lietuvos Rytas daughter club Perlas Vilnius.