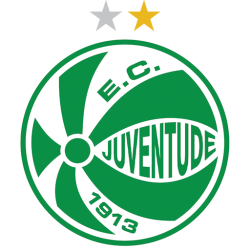 Juventude vs Palmeiras (21 May)

Esporte Clube Juventude, also known as Juventude, is a Brazilian football team in Caxias do Sul, Rio Grande do Sul. The club competed several times in the Série A, won the Copa do Brasil and the Série B once and competed once in the Copa Libertadores.

The Estádio Alfredo Jaconi, is a football stadium inaugurated on March 23, 1975, during the centennial commemoration of the state's Italian Colonization, in Caxias do Sul, Rio Grande do Sul, Brazil, with a maximum capacity of 30,519 people. The stadium is owned by Esporte Clube Juventude. Its formal name honors Alfredo Jaconi, who was a player, a manager and a director of Juventude during the 1930s and the 1940s.